Kolkata gears up for first rainy spell of February, may cover half of its monthly average rainfall 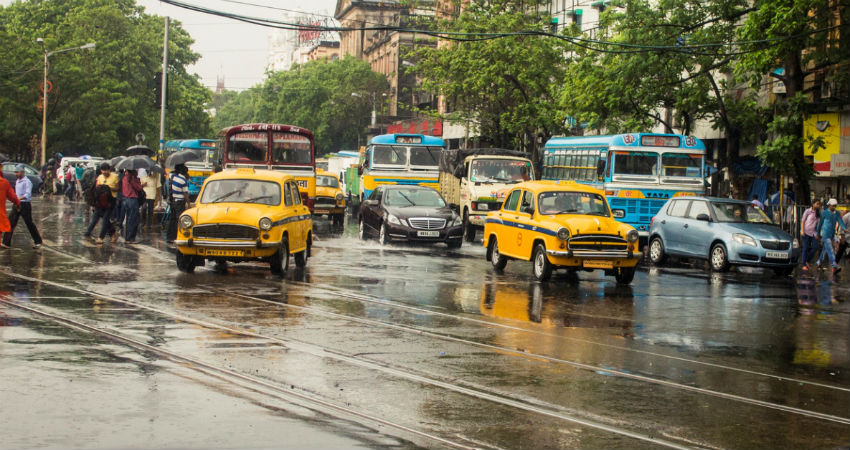 The first rainy spell of February is going to commence in the capital city of Kolkata from February 5 and may last until February 8.

After surplus rainfall in January, the month of February started on a dry note for Kolkata. In the absence of any significant weather system, the cold north-westerlies were influencing the temperatures. Today morning, the city recorded a minimum temperature of 12℃, while the maximum settled at 24.5℃, yesterday.

Meteorologists at Skymet have predicted a change in the weather conditions of Kolkata and indicating rain in the next few days. Weather models are signaling the formation of a Confluence Zone, wherein cold north-westerlies are likely to merge with humid winds from the Bay of Bengal.

This convergence may lead to rain in Kolkata between February 5 and 8. Commencing with the light intensity, the showers would turn intense by February 7. And we can expect some heavy spells along with lightning strikes and thunderstorms on the same day.  The intensity would also be more on February 6 as compared to February 5. By February 8, the rains may again go light and start receding thereafter.

The rainfall would not be a continuous affair and breathers are likely in between. Moreover, the weather activities may majorly take place towards the evening hours. Throughout this episode, the sky conditions are expected to remain cloudy.

Post this, we expect more such rainy spells and there are bright chances that the city may exceed its monthly average rainfall of February which stands at 20.9 mm (weathermen have predicted 8 to 10 mm of rains between Feb 5 and 8, indicating that the city might cover half of its monthly target in these four days)

The winter months of December, January and February are generally pleasant for Kolkata. It is the least rainy period having an average of 3.2 mm for December, 10.4 mm for January and 20.9 mm for February (due to good amounts of rain, the city has surpassed its monthly average rainfall for January and may follow the same trend in February as well).

While the first 15 days of February remain pleasant, it starts heating up from the second half. By the end of the month, the weather turns slightly hot and humid with the mercury settling close to 30℃. From March, the temperatures start soaring and continuously settle above normal.

Kolkata is one of the rainiest pockets during Monsoon. The pre-Monsoon sets in early and the withdrawal of Monsoon is also late.