Kolkata, Hooghly and Bhubaneswar to witness good rains for next 3 to 4 days 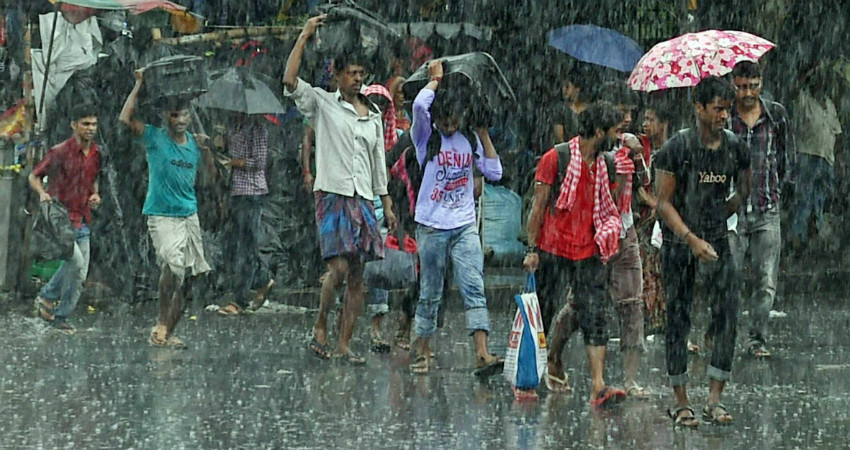 Pre-Monsoon rain this year has been surplus in Odisha and West Bengal. As of June 3, rain in Odisha is excess by a good 130%, while Gangetic West Bengal is seeing a surplus of 20%. However, Sub Himalayan West Bengal and Sikkim are deficient by 50%.

A Cyclonic Circulation is currently over North Bangladesh and adjoining West Bengal. An east-west trough is also extending from Rajasthan to Mizoram across Gangetic West Bengal. In the view of these features, we expect light to moderate rain and thundershowers to occur over Gangetic West Bengal during the next 48 hours. Thereafter, the intensity will increase between June 6-8, with places like Kolkata, Diamond Harbour, Shantiniketan, Contai and Bankura observing rains.

Scattered rain and thundershowers are also possible over North Coastal Odisha and isolated over interior Odisha for the next three to four days. Places like Balasore, Bhubaneswar, Puri, and Cuttack would get to see these rains. According to experts the intensity of rains would be less in Odisha in comparison to West Bengal, while intermittent rain and thundershower activities would continue over Sub-Himalayan West Bengal and Sikkim. These activities are expected to keep temperatures under check and hopefully, heat wave won’t make a comeback in Odisha.

Currently, almost all the districts of West Bengal and Odisha have registered maximum temperatures under 40 degrees Celsius. Whereas, the day temperature for Sub-Himalayan West Bengal and Sikkim would be in the lower 30s. Gangetic West Bengal will observe maximum in the mid-30s.

By June 10, Monsoon strikes South Odisha and parts of West Bengal, but this time Monsoon will be delayed in the state. However, Monsoon in West Bengal might reach on time or be delayed by two to three days.