Kolkata, Hooghly, parts of Odisha to witness moderate rains for next 24 to 48 hours 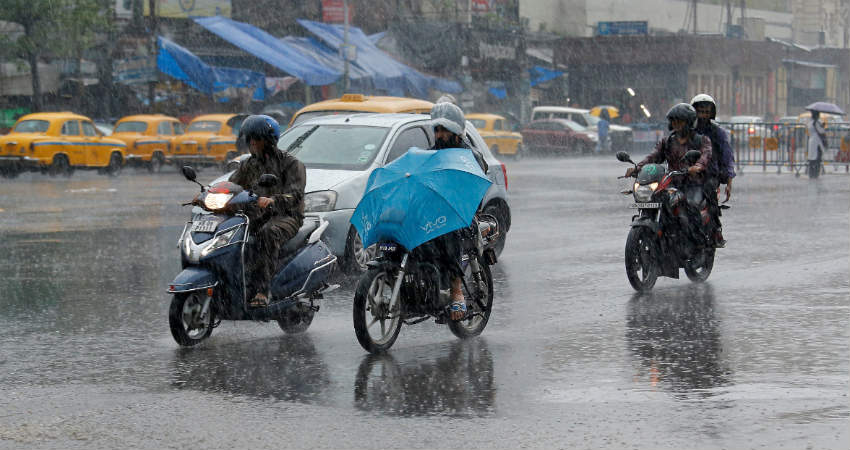 Due to continuous good rains over Sub-Himalayan West Bengal for the last many days, the rainfall amount is at par now that is it is near normal. Despite intermittent rains, Gangetic West Bengal is still dry and is rain deficient by 55%.

The reason for decreased rain activities over Gangetic West Bengal is the absence of any weather system over the North Bay of Bengal which would have otherwise resulted in rain and thundershower activities over the southern districts of the state. Now, the eastern end of the axis of Monsoon Trough will move towards the South and will be passing across Gangetic West Bengal. Also, a Low-Pressure Area is likely to form over Northwest Bay of Bengal on July 26. Hence, rain activities are very likely to enhance over Gangetic West Bengal during the next two to three days. The southern districts of the state such as Midnapore, 24 Parganas, Bankura, Kolkata, Hooghly, Bardhaman and Purulia will get moderate rains with isolated heavy spells after a long time. These rains will bring down the deficiency levels of the state. Hence, we can say that relief from sultry weather is in sight for at least the next three to four days.

Similarly, Odisha has been receiving intermittent rain and thundershowers. Until now in the month of July, prolonged rain spell has not been a sight over the entire state because of no significant weather system in the Bay of Bengal. Despite these on and off rains, Odisha stands at a deficiency of 32%. However, Monsoon rains are likely to increase over Odisha and will be seen for the next 24 to 48 hours in wake of the shift of the axis of Monsoon Trough. These rains will not last for a long duration but will certainly help in pulling down the temperature and rain deficiency levels.