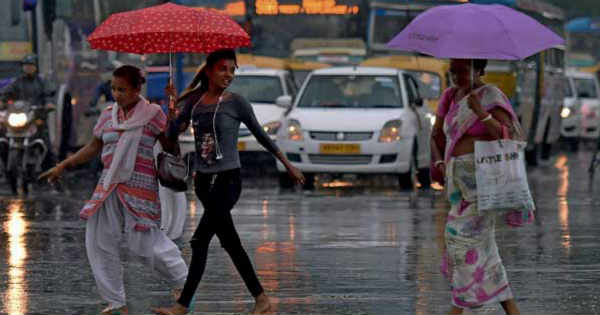 The city known for grand colonial architecture, generally witnesses mild and short winters. By the second half of February, warm and humid weather sets in. This city is close to the proximity of the sea, due to which humidity levels are high with temperatures reaching somewhere beyond 30°C. Over here, clear sky with bright sunshine gives a feel of hot and sultry weather.

On the contrary, things have been different this time. Both, the monthly and 24-hour records in last decade have been taken over this time. February 2016 had seen highest rainfall to the tune of 94.5 mm in 10 years. Not only this, the city had witnessed 83.5 mm in span of 24 hours on February 25, 2016, which was also highest in 10 years.

Now, this year, i.e. February 2019, Dum Dum Observatory has recorded 179 mm of rains, which surpassed the above mentioned record. Similarly, on February 28, Kolkata has recorded 90 mm of rain in span of 24 hours, which is also a record.

In last four to five days of February, unprecedented rains with the intensity of moderate to heavy in nature have been witnessed. These rains were accompanied with gusty winds and lightning strikes. As of today, the weather has cleared up but March 4 onward another wet spell would be seen.