Kolkata, West Bengal to witness rain, thundershower for another 24 hours 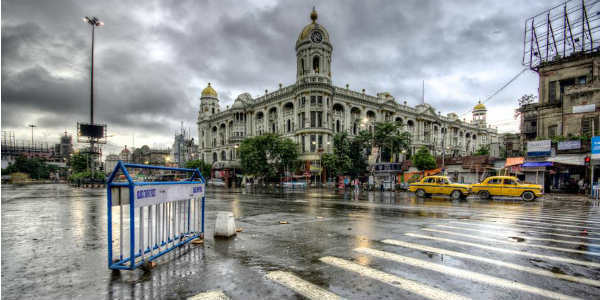 The state of West Bengal along with its capital city Kolkata has been recording scattered Pre Monsoon rainfall activity for the past few days. In the last 24 hours from 8.30 am on Sunday, Burdwan witnessed light rain to the tune of 11 mm, Midnapore 3 mm and Shanti Niketan 0.6 mm rains.

In fact, the capital city, Kolkata also witnessed traces of rains. These rains can be attributed to the combined weather systems prevailing in the proximity to the state.

As per Skymet Weather, these weather systems are still conducive for giving rains over few parts of West Bengal in the next 24 hours as well. In fact, the city of joy, Kolkata might also record rain of thundershower activity during the late evening or night hours.

However, these weather activities are not likely to sustain for a longer duration over West Bengal. Thus, the weather during the day would be hot and humid with little clouding and the maximum temperatures are likely to settle between 34°C and 35°C.

After 24 hours, the weather will become almost dry. The day would be warm, sunny and humid throughout the remaining days of March. However, April might begin on a rainy note for the state of West Bengal.