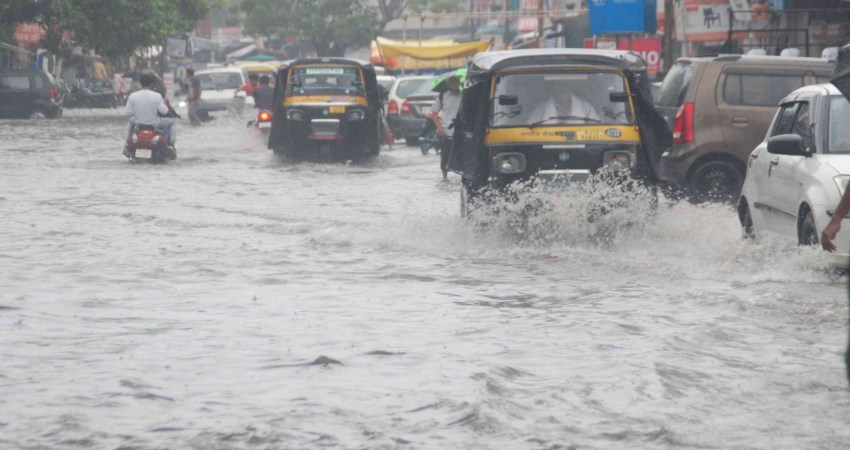 The Southwest Monsoon is yet to withdraw from Rajasthan. Usually, the withdrawal from the state begins from the first week of September but some very good rains in the state during the last few weeks has delayed the withdrawal process.

Rain in East Rajasthan and Forecast

According to the rainfall data available with Skymet, some significant rain has been observed in East Rajasthan. Kota, for instance, has received 44 mm of heavy rain in a span of 24 hours from 8.30 am on Friday.

The rainfall activity in East Rajasthan has happened due to the wind shear zone moving across northern parts of Maharashtra and an upper air trough extending from this circulation over the Arabian Sea towards North India across East Rajasthan. This situation -rainfall activity- in the region is going to prevail for another 2-3 days. Some moderate spells of rain cannot be ruled out in the region during this period.

The weather in West Rajasthan is going to be dry and hot for the coming 3-4 days as confirmed by our senior meteorologist Samar Chaudhury. If we look at the day temperature in the region, Jaisalmer and Jodhpur are touching the 40 degrees Celsius mark. Ganganagar, Bikaner and Phaloudi are some of the other places in the region where the maximum in all likelihood will settle in the higher thirties.

And talking about the central part of the state, some light patchy rain is expected in Jodhpur, Ajmer, Pilani and Alwar during the next two days.

According to the rainfall data available with Skymet from June 1 to September 20, East Rajasthan is surplus by a very good margin of 44%, while the surplus in West Rajasthan stands at 14%. Rainfall in Rajasthan as a whole is in excess of 35%.