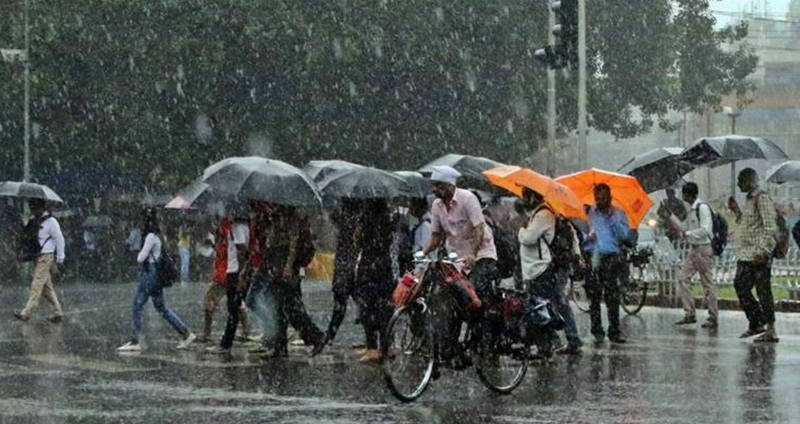 La Nina conditions are present in the Pacific Ocean and are likely to continue through the Northern Hemisphere winter with a probability of more than 75%. La Nina watch is issued when conditions are favourable for the development of La Nina or El Nino. Accordingly, the La Nina watch was issued in July 2020 and is continuing. 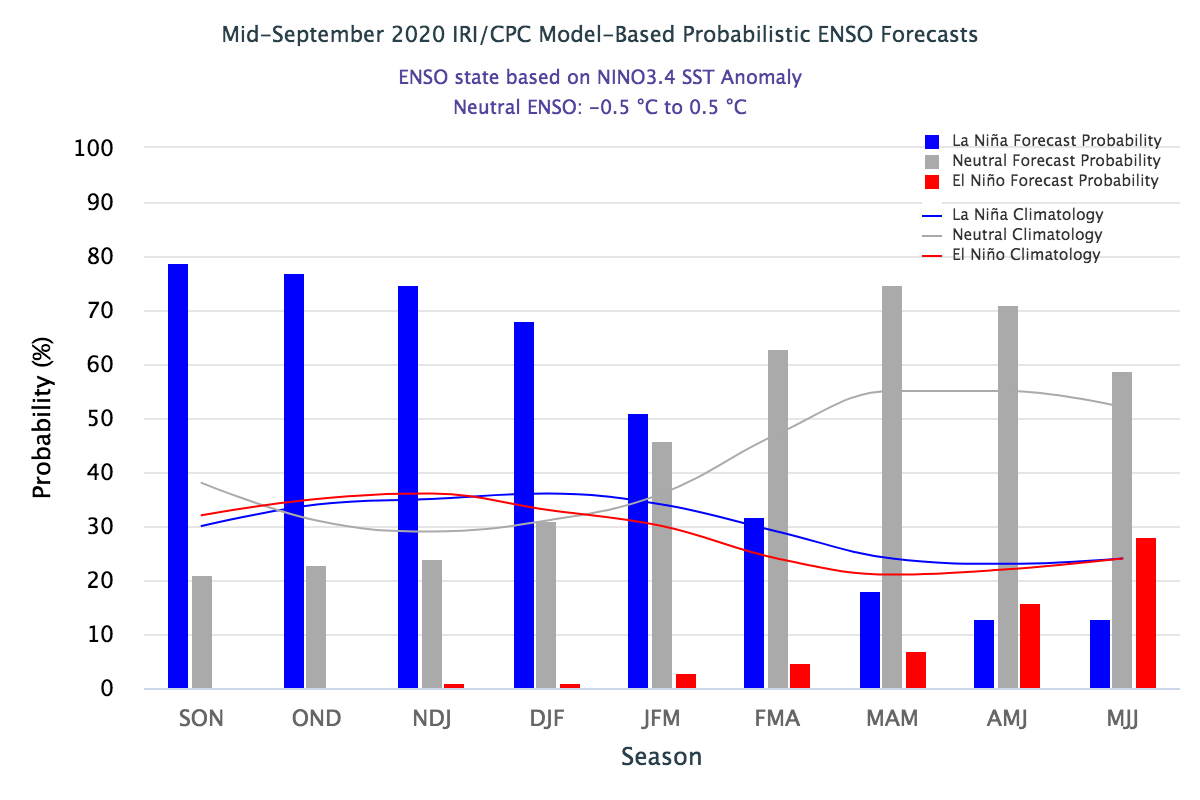 Nino indices are measured in the East and Central Pacific Ocean throughout the year. Under the Tropical Ocean Global Atmosphere (TOGA), a number of Buoyes and other equipment is deployed between 7°N and 7°S latitudes in the Pacific. These Buoyes placed in an array fashion, constantly record temperatures, which are further verified with satellite-derived temperatures. The temperature measured in the Nino 3.4 region (5°N - 5°S: 120°- 170°W) pertains to El Nino/La Nina. Beginning in May 2020, negative SST anomalies emerged in the East and Central Pacific Ocean and are continuing.

To ascertain La Nina or El Nino event, 3-month running mean of Sea Surface Temperature(SST) anomalies in the Nino 3.4 region is worked out. This parameter is termed as Oceanic Nino Index (ONI) with a threshold of + 0.5°C for El Nino and -0.5°C for La Nina. When the threshold is met for a minimum of 5 consecutive over-lapping seasons, La Nina or El Nino is declared. During the current season, for the first time, it has crossed the threshold of -0.5°C in the 3 monthly (July, August, September) running mean.

El Nino and La Nina have a correlation with the North-East Monsoon over South peninsula and Winter rains over North India. El Nino is observed to have a strong correlation whereas La Nina does not have a strong bonding with these seasonal features. This season being an evolving La Nina year, the relationship may not be strong but remains consequential for the seasonal performance. The performance for the North-East Monsoon and Winter rains is expected on the following lines:

These are the broad guidelines for the upcoming seasons in the North and South India. The local features like water bodies, forest cover, subsoil composition and heat/cold islands dominate and are decisive for controlling meteorological conditions.