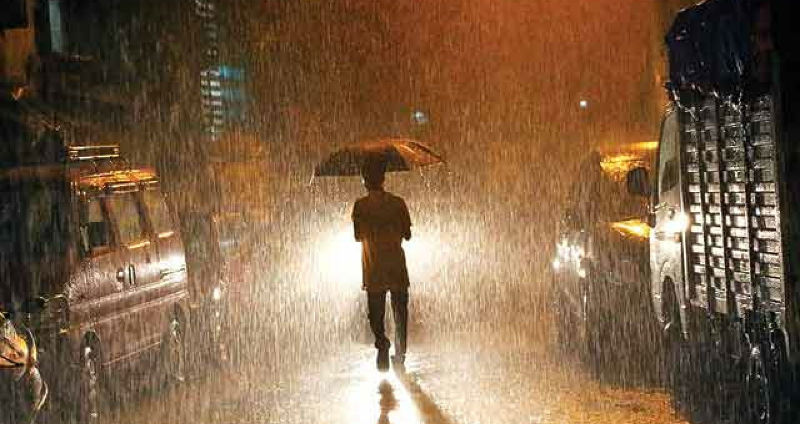 The Eastern Pacific has been cooling sharply and the Nino Indices touching record low dropping below 1.5°C. Beginning mid -May 2020, negative Sea Surface Temperature( SST) anomalies emerged in the East-Central and Eastern Pacific Ocean. Thereafter the Nino indices have been sustaining the threshold values and started dropping significantly October onwards. During the last 2 weeks the -ve SST anomalies have strengthened and reached levels seen last only in the year 2000.

Nino 3.4 has breached the threshold mark of -0.5 from August 2020 till now rising crazily. The model projections suggest sustenance of such values till the year end and gradually ease out thereafter. Even during 2016 La Nina, the lowest value reached was -0.8°C. The strongest La Nina years of 1988 and 2010 found these values touching a high of -1.8°C and -1.7°C briefly for a period of 4 – 6 weeks during the Northeast monsoon season. 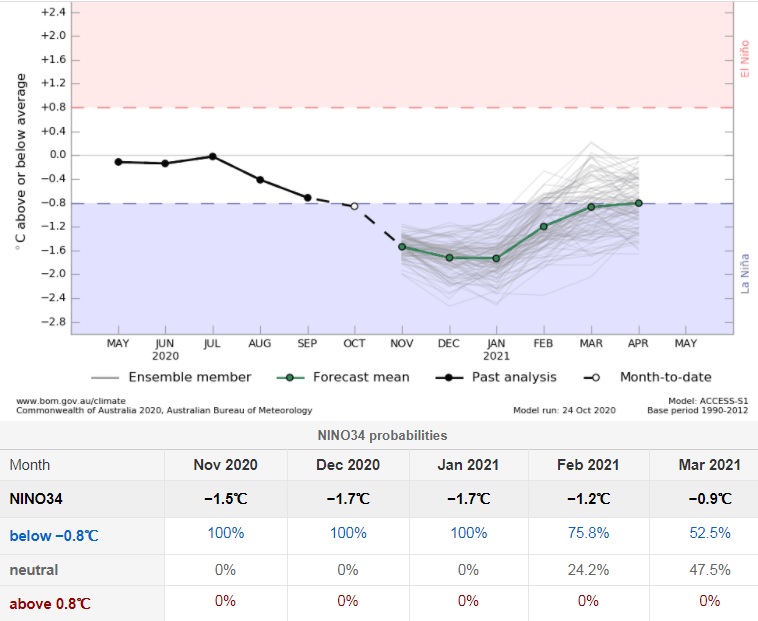 La Nina has an inverse relationship with the Northeast Monsoon rains ( below normal) in the South Peninsula and harsh and prolonged winter with subdued rainfall in the plains of North India and snowfall across the hilly states. The excess rainfall during the extended Southwest Monsoon in the month of October has already been consumed and the Post Monsoon tally stands zero-zero registering 80.1mm rainfall against normal of 80mm between 01st October to 03rd November 2020. North India has been rain deficit by a huge margin of -92% as of 03 November. The night temperature is below normal resulting cold wave conditions in some area, too early in the season to start with. No widespread big rains are expected in the next 10 days over north and south as well. La Nina appears to be shrinking these margins announcing its presence loud and clear.