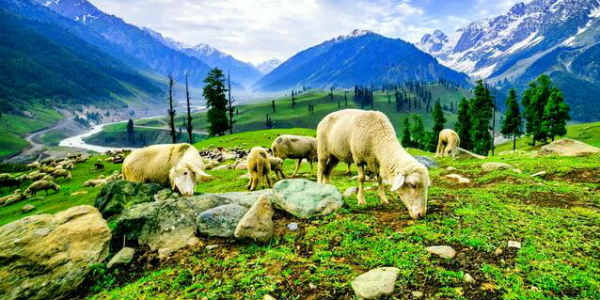 Since the last many days, feeble Western Disturbances are passing across the state of Jammu and Kashmir, giving scattered rainfall activity over Jammu and Kashmir and isolated rains over Himachal Pradesh.

The last heavy spells of rain were seen between August 21 and 24, which caused heavy flooding and destruction in Himachal Pradesh along with a huge loss to life and property. There were no significant rains over hills until then.

Now another fresh Western Disturbance is seen over North Afghanistan and adjoining areas, which will soon travel towards Jammu and Kashmir and give scattered rain and thundershower activity over the state.

There are also chances of snowfall over the higher reaches of the state. Mostly light rains are expected over a few places of Himachal and isolated over Uttarakhand. But the influence of these rains will remain mainly over northern districts of Jammu and Kashmir.

Places like Vaishno Devi, Dharamshala, Shimla, Mussoorie and Nainital will not show much impact. Although isolated light rains cannot be ruled out but these rains will not pose any hazards in the tourist spots. So, the good news that it is safe to travel over hills in the next few days.