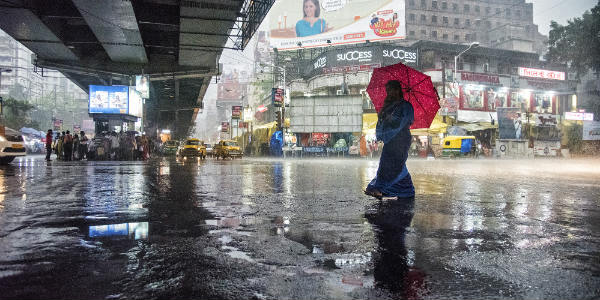 The City of Joy, Kolkata has recorded mere light spells of rain in the past 24 hours. Since the last few days, the city has remained rain free with very warm and humid weather conditions.

In a span of 24 hours from 08:30 am on Saturday, both observatories of Kolkata, neither Dum Dum nor Alipore recorded any rains.

Other areas of West Bengal that recorded some Monsoon rains during the past 24 hours include Cooch Behar 10 mm, Jalpaiguri 6 mm and Sriniketan 0.1 mm.

As per Skymet Weather, the reason behind this weather situation can be attributed to the absence of any significant weather system over the region. Moreover, the axis of Monsoon trough is running through Amritsar, Muzaffarpur, Daltonganj, Balasore and thenceforth southeastwards to Andaman Sea.

However, weathermen expect light to moderate rains to commence over the city in the next 24 hours that will continue for two days. These rains will not be continuous and will be of short duration, with cloudy sky over the city. The intensity of rains may reduce again over Kolkata after 48 hours. 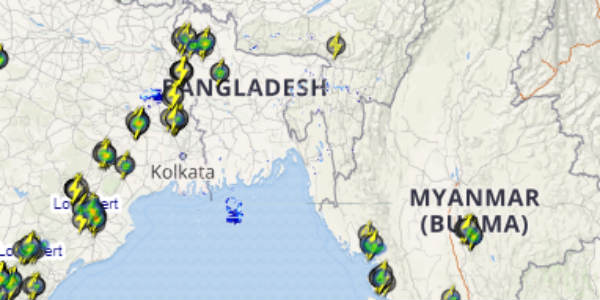 Morning and nights will become comfortable but humidity will persist. Maximum temperatures will settle around 32-33 degrees and minimums will hover near 26-27 degrees.