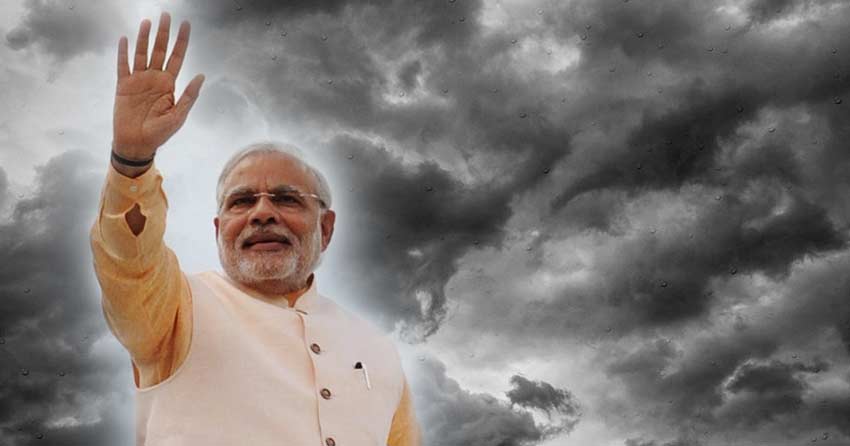 Meteorologists at Skymet have predicted light rain along with one or two short spells of moderate rain during the rally of Prime Minister Narendra Modi in Nashik today.

During the last 24 hours, Nashik has received 12 mm of rainfall. For the last month, there has not been any significant weather activity in the city barring one or two occasions, wherein some moderate showers appeared.

At present, a Cyclonic Circulation is over Madhya Maharashtra, which is likely to give light and patchy rains for the next 24 hours. Chances of heavy rain are completely ruled out for the moment in the city.

However, one or two short spells of moderate rain may appear during afternoon hours but it would not cause any hindrance to PM Modi’s rally today.

The day temperature would remain warm yet comfortable and would settle around 28 degrees Celcius. The sky conditions would also be cloudy.

The monthly average rainfall for Nashik for the month of September is 131.5 mm. So far, the city has received 95 mm of rain. The city may see some moderate spells of rain for the remaining part of September but heavy rain is ruled out. Thus, Nashik may reach near normal, but the chance of city surpassing the monthly average is bleak.