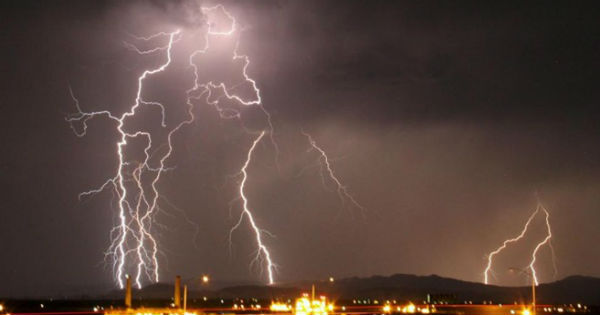 Lightning is one of the deadliest natural phenomena known to man. It is also one of the oldest observed natural phenomena on the earth. In India every year more than 2,500 people die due to lightning and experts believe that the severity and frequency of thunderstorm/dust storms are expected to shoot up due to increasing global temperature.

Where does lightning strike?

Tall objects such as trees and skyscrapers are commonly struck by lightning. Mountains also make good targets. The reason for this is their tops are closer to the base of the storm cloud. Remember, the atmosphere is a good electrical insulator. The less insulation the lightning has to burn through, the easier it is for it to strike. However, this does not always mean tall objects will be struck. It all depends on where the charges accumulate. Lightning can strike the ground in an open field even if the tree line is close by.

When does lightning strike?

The atmospheric conditions are quite conducive for formation of severe thunderstorms in the pre - monsoon season. There are sensitive weather pockets which enhance the ferocity of these storm. Eastern parts comprising of Bihar, Jharkhand and Odisha and plains of north India including Rajasthan and Uttar Pradesh are vulnerable to fatal lightning strikes. 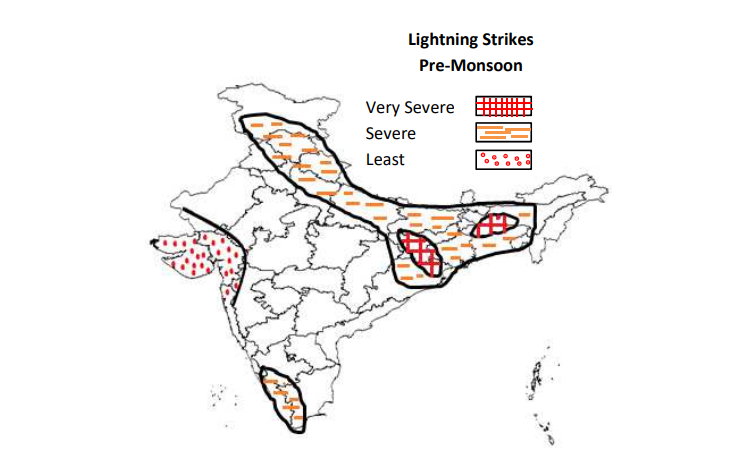 Hilly areas both in the north and northeast are prone to this calamity. Lightning along with high velocity winds and heavy downpour form a deadly combination to reckon with. Sufficient precautions are the only safeguard to minimize damage.