Likely Depression in the Arabian Sea to give good widespread rains over Konkan and Goa, Mumbai, Gujarat 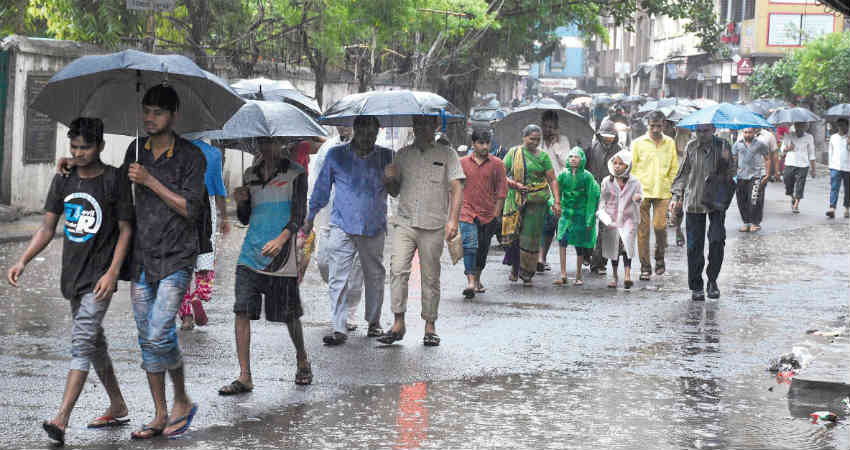 A Low-Pressure Area has developed in the Arabian Sea off the Maharashtra coast. It will intensify into a Depression within 48 hours and will move in a west-northwest direction away from the Indian coast.

However, the location of this system will pump in a lot of moisture with southerly winds from the Arabian Sea. These winds would further feed moisture over Konkan and Goa, entire Gujarat and Saurashtra region. While the activities will be on a lower side in the Kutch region.

According to our meteorologists, this system will move slowly and will be in the Arabian Sea for the next three days, close to the proximity of our coastline. Hence, heavy rains in association with this system will be confined to the sea only.

During this period, Konkan, Goa, South Gujarat, and Saurashtra will experience more intense rains. Even, Ahmedabad will witness some good spell of rain.

The system will remain intact in the sea with its peripherals affecting the mentioned regions.

Our experts have to tell that the proximity of the land is inhibiting the system to strengthen beyond Depression. Whereas in this season the chances of a Depression intensifying into a Cyclone are big.

After about three days or so, its peripheries will even give some rains over Pakistan and will gradually keep moving west-northwestward towards Oman coast.

Under the influence of this system, the stream of easterlies is extending up to Rajasthan as well and it would hinder the withdrawal of Monsoon from Rajasthan.

Post this, the easterlies are likely to continue thus delaying the withdrawal of Monson further, probably till the first week of October.