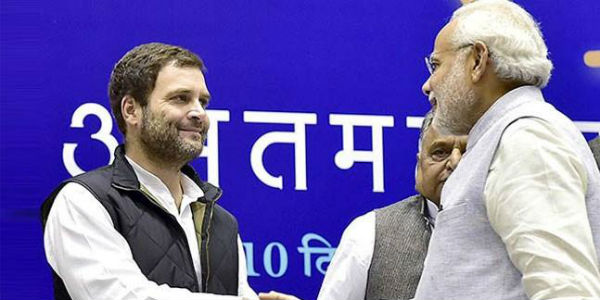 The biggest political event is here, the beginning of the Lok Sabha Elections 2019 is just a few hours away. Who will it be? UPA or NDA, India is ready to vote for the party it deems fit to take charge of the country.

The first phase of the elections will be held tomorrow, wherein several cities of 20 states will have voters casting their vote for their candidates.

We are here with the weather updates for various states which will stand the test of time tomorrow, rain or heat, what will your state have, check here:

Uttar Pradesh: In the state of Uttar Pradesh, which has seen the tide of alliance will have heat taking over the state in the first half of the day. Temperatures to be on the rise, and may reach at 39 degrees, Evening will see strong winds, dust storm along with rain and thundershowers. However, by then, voting will have taken place so there is nothing much to fret about.

Northeast India: In the Northeastern regions, rains have occurred, and have been lashing the region. Rainfall is likely to reduce over Assam, Nagaland, Arunachal Pradesh and Manipur. However, Meghalaya, Mizoram, Tripura may encounter rains during the latter part of the day, which will again not affect the voters much.

Chhattisgarh: The state of Chhattisgarh is expected to see some rains, particularly the southern region. This will again be during the late evening hours and as just one city is to vote in Chhattisgarh tomorrow, does not look like a bigger issue.

Maharashtra: Many parts of Maharashtra will partake in the first phase of voting and some weather activity is expected in a few areas. However, this will again take place in the late evening hours, which means the first half is a good time to cast your vote.

Telangana: The state of Telangana is expected to see searing heat during the first half which may be a deal breaker for the voters. Rainfall activity may occur during later parts of the day

Sikkim, West Bengal: Both Sikkim as well as West Bengal are in for some rainfall activity tomorrow during the second half of the day. Temperatures will remain on the comfortable side only.

Bihar: The state of Bihar has been witnessing intense rain, lightning and thunderstorm activity since yesterday and the same will continue tomorrow. Make sure you go and vote in the morning hours.

Andhra Pradesh: The state of Andhra Pradesh will observe hot weather during the day which will affect the voters. Rain and thundershowers are expected during the late afternoon hours

Odisha: Like Bihar, Odisha has been seeing some thundershowers and rains. In fact, scattered thundershowers are expected during the second half, first half may see temperatures on the higher side with no rains.