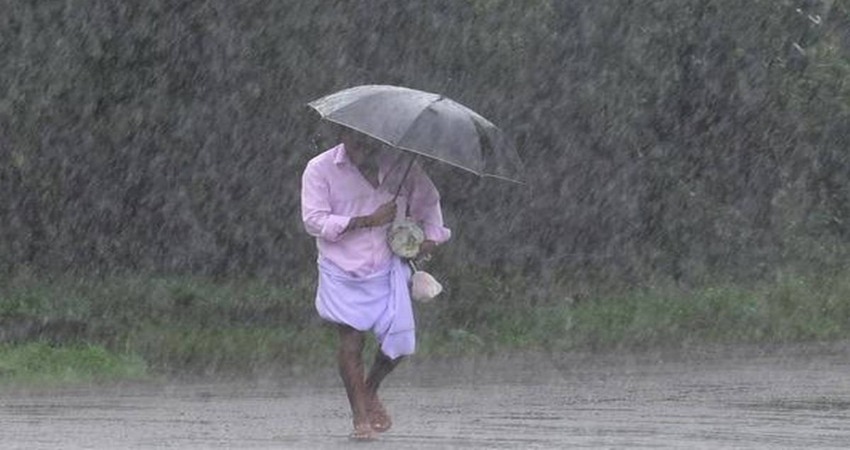 A Cyclonic Circulation for the last 48 hours was persisting over North Bay of Bengal off West Bengal coast. Under its influence, a Low-Pressure Area has formed over Central parts of Gangetic West Bengal and adjoining parts of Jharkhand. An associated Cyclonic Circulation is extending up to 7.6 km and is tilting southwards with extending height. It is currently moving in a West Northwestwards direction.

Under the Influence of this Low-Pressure Area, the eastern and central parts of the country like Bihar, Jharkhand, Uttar Pradesh, Odisha, Madhya Pradesh, Chhattisgarh and West Bengal will receive moderate rain at many places for the next 3 to 4 days. Chances of heavy isolated rain can not be ruled out in the region during this period.

This spell of rain under the influence of this weather system will prove to be a boon for the region of East India. According to the rainfall data available with Skymet from June 1 to August 18, East and Northeast India is staring at a deficiency of 15%.

If we take a look at the states of Bihar and Jharkhand separately then the rainfall deficiency is too large. Jharkhand during the same period is staring at a shortfall of 31%, while the state of Bihar is deficient by 11%. So any amount of rain will be a boon for both the states.

On the other hand, Central India has been receiving some very good rain for the last few weeks. In fact, it has been one of the rainiest pockets of the country so far in August. The rainfall amount in the region is surplus by 15%. And the forecast of another good spell of rain in the region is only going to push this number higher.