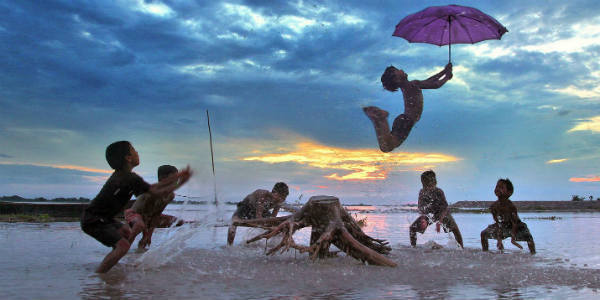 This year, Southwest Monsoon has seen a number of Monsoon systems making an appearance in the Bay of Bengal which have at times acted like a god sent gift for areas begging for some good rains. In fact, some of these systems have brought a smile on residents’ faces with the much-needed rains while the others have caused much distress in terms of flooding conditions.

This time, a cyclonic circulation had formed over Northwest Bay of Bengal and was showing signs of intensification. Now, the weather system has intensified into a low-pressure area. Moreover, the system is expected to continue being a low for some time resulting in moderate to heavy showers over many parts of East and Central India.

During the next 24 hours, the low-pressure area will keep Monsoon vigorous over Odisha which would give heavy rainfall activity over many parts. With this, flash flooding also stands a chance, affecting both the coastal and interior parts.

West Bengal along with few parts of Jharkhand and Chhattisgarh would also see moderate to heavy showers. Along with this, the peripherals of the system will also give some rainfall over some areas of South Bihar.

Due to the combined effect of these systems, rains will be hefty over Madhya Pradesh and even many parts of Uttar Pradesh and the activity will be an extended one persisting for at least two days or more.

In fact, Vidarbha may also good rainfall activities while parts of Rajasthan may also witness some rains in view of the system. While it may have seemed like Monsoon rains had taken a backseat over many parts of the country, this system is there to prove that Monsoon has some more meat left in it to cause some more rainfall in several areas even during the climax.

Any information taken from here should be credited to skymet weather