Low Pressure to give heavy rains in Cuttack, Sundergarh, Ambikapur, Raipur during next 48 hrs 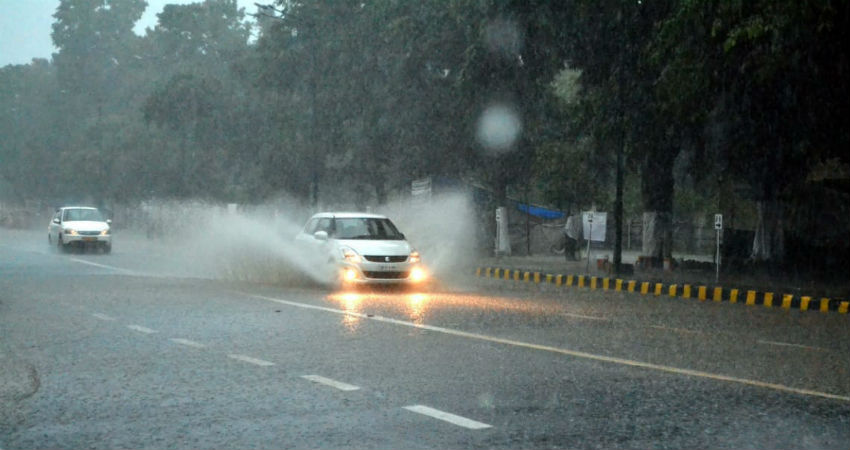 Yesterday’s Cyclonic Circulation over Northwest Bay of Bengal and adjoining Odisha coast persists and under its influence, a Low-Pressure Area may form over the coastal areas during the next 24 hours. The system is tilting southwestwards with height.

Also, the Axis of Monsoon Trough is moving across Chhattisgarh and central parts of Odisha towards the east-central Bay of Bengal.

In the past 24 hours, moderate to heavy rains have been seen over Odisha and Chhattisgarh wherein significant rains have been recorded over places like Sundergarh which saw 63 mm, Sambalpur 48 mm, Mana 31 mm, and Jagdalpur 34 mm.

Our experts foresee that the rainfall activity will be moderate with few heavy spells over these two states. These rains will be associated with moderate lightning. The experts have to also say that the situation will remain the same during the next 48 hours and thereafter rains will start receding.

We can expect heavy rains over the northern parts of Odisha and adjoining Chhattisgarh. Stations like Cuttack, Baripada, Keonjhargarh, Phulbani, Sundergarh, Ambikapur, Pendra and Raipur stand a chance to receive heavy rains.

As of now, seasonal rainfall is already normal for Odisha and Chhattisgarh with the values of –4% and –3%, respectively(+/- 19% being the normal range). With these rains in offing, the rainfall values might touch the normal mark and even might go beyond that.