Madhya Pradesh to witness Pre-Monsoon rains from today, intensity to increase on April 16 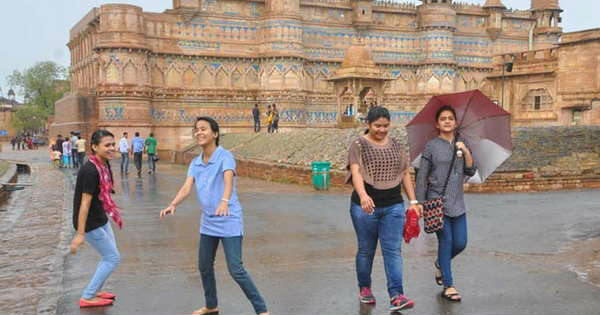 Although Madhya Pradesh has been receiving on and off isolated rains since the beginning of Pre-Monsoon season, the state has not witnessed good spell of rain and thundershower activities till now.

On April 16 and 17, we expect good rain and thundershowers over many parts of Madhya Pradesh. During that time, few moderate spells of rain will be accompanied with isolated hailstorm and strong winds.

These weather activities may cause some harm to the crops which are being harvested in Madhya Pradesh, as strong winds and hailstorm are always known for damaging crops.

Further, from April 18, rains will start vacating most parts of the state and weather will almost dry in western and central parts of Madhya Pradesh. But still few isolated pockets in East Madhya Pradesh may witness light rainfall activity.

Thus, we can say that good spell of Pre-Monsoon rains is expected to occur over Madhya Pradesh. In fact, this spell will be experienced in most parts of the country starting right from Jammu and Kashmir to Maharashtra.