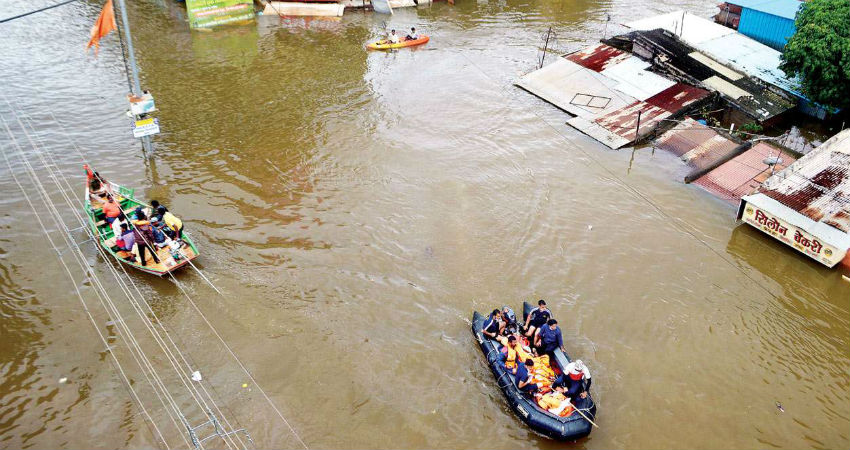 After experiencing flooding rains, the intensity of Monsoon rains has significantly decreased in Maharashtra. And during the last 24 hours, only light to moderate rains have occurred in Konkan and Goa, Madhya Maharashtra and Vidarbha, while Marathwada remained almost dry.

The offshore Trough continues to extend from South Gujarat Coast up to Lakshadweep. In the wake of this system, moderate rainfall will continue in many parts of the Konkan Coast.

We expect, moderate showers with isolated heavy spells to lash Santa Cruz, Colaba, Alibag, Harnai, Ratnagiri, Sindhudurg, while light to moderate rain is likely in Sangli, Satara, and Kolhapur for another 48 hours.

On the contrary, Marathwada will remain mostly dry, however, isolated rain in the eastern parts cannot be ruled out.

In the case of Vidarbha region, a Cyclonic Circulation is persisting over the North Bay of Bengal which would soon intensify into a Low-Pressure Area and further would move northwestwards.

Due to this system, the rainfall activities would increase in the region after 48 hours. Until then, only light to moderate showers will continue

The situation has been grim in the state of Maharashtra recently, with Sangli and Kolhapur districts, the worst hit by the flood fury. Over 4 lakh people have been evacuated, with rescue operations still going on in different parts. With rains receding now, the flood situation is likely to improve and things to soon get under control.

Due to good amounts of rain, Konkan and Goa, as well as Madhya Maharashtra, are rain surplus by 49% and 76% respectively. The recent rains have also helped the Vidarbha region to enter into the surplus category, while Marathwada is the only meteorological division in Maharashtra which is still rain deficient by 16%.