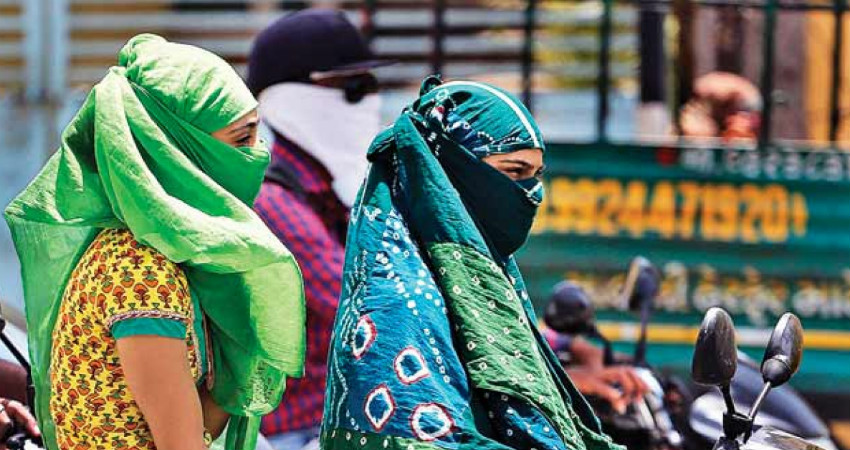 Severe heat wave has tightened its grip over Maharashtra, with Tuesday witnessing some record breaking temperatures. In fact, some cities also made to the list of world's top 15 hottest cities. Yesterday, Chandrapur in Vidarbha recorded the highest maximum temperature of the season at 47.8°C and Nagpur recorded 47.5°C, which were not only the highest in Maharashtra but across country as well.

Thursday also did not see any relief from heat wave conditions. Mercury continued to soared beyond 45°C today as well. On May 29, Nagpur recorded 46°C, one notch below yesterday but fitting well into the category of severe heat wave.

What is more saddening is that weathermen are not predicting any relief from the ongoing extremely hot weather conditions for at least next one week.

According to Skymet Weather, no rain activity is foreseen over most parts of Maharashtra, which is the only feature to drop the temperatures. However, light to very light rains might occur over the coastal districts of the state from Dahanu to Goa covering Mumbai, Ratnagiri, Raigarh. These rains would be light and patchy in nature with partly cloudy to cloudy sky in offing and thus, would not bring any relief. Temperatures won’t be affected much.

Unfortunately, hot and dry north-westerlies from Sindh and Balochistan across Rajasthan would continue to blow over Maharashtra region. Severe heat wave to heat wave conditions would prevail over many parts of Vidarbha, parts of Marathwada and Madhya Maharashtra for at least one week.

Also Read: Anti Cyclone in Arabian Sea, the reason behind the sluggish advancement of Monsoon 2019

Similarly,  thus we can say that most parts of Maharashtra are experiencing very hot and uneasy weather conditions. No relief is foreseen for yet another one week or so, as pre-Monsoon activities doesn’t seem to make an appearance.

Presently, all the meteorological divisions of Maharashtra are large rain deficient. This pre-Monsoon season weather almost remained dry for the state of Maharashtra. However, second half of April and initial period of May witnessed scattered rains especially over Vidarbha and South Madhya Maharashtra.

Sadly, these intermittent isolated pre-Monsoon activities failed to replenish the soil moisture which affected agriculture sector as well. Due to less rains, rain deficiency could also not go down. Currently, Konkan and Goa are practically dry and is large deficient by 97%. While Marathwada, Vidarbha and Madhya Maharashtra are all large rain deficient by 78%, 76% and 76%, respectively.