Bengaluru swelters with high temperatures and no rain in March, April may begin on a rainy note 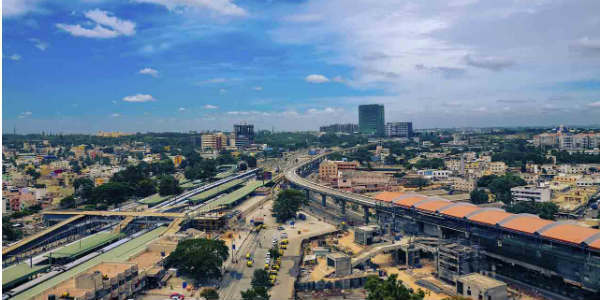 The city of Bengaluru has not been as pleasant as it is famous for as the mercury has been sky high for quite some time now.

Moreover, the city has seen eight straight days of temperatures being recorded above the 35-degree mark. In fact, yesterday, the capital city of Karnataka saw the maximum temperature at 36.2 degrees Celsius.

Bengaluru is elevated at 3500 feet, thus when clear sky conditions are observed, the heat effect is more over the region.

As far as the rainfall statistics are concerned, the average rain of Bengaluru during the month of March stands at 18.5 mm. However, there have been no rains in Bengaluru this time in March and the weather has been dry. The only time the city saw any amount of rains was on March 5, which was merely a trace.

As the second week of March had begun, temperatures had seen an increase and did stay above 35 degrees for about three days. Minimums on the other hand have remained in the normal range only.

However, April may begin on a rainy note as the city is likely to see a rainy spell on April 1. Meanwhile, the last two days of March will continue to be dry with no rainfall in sight.