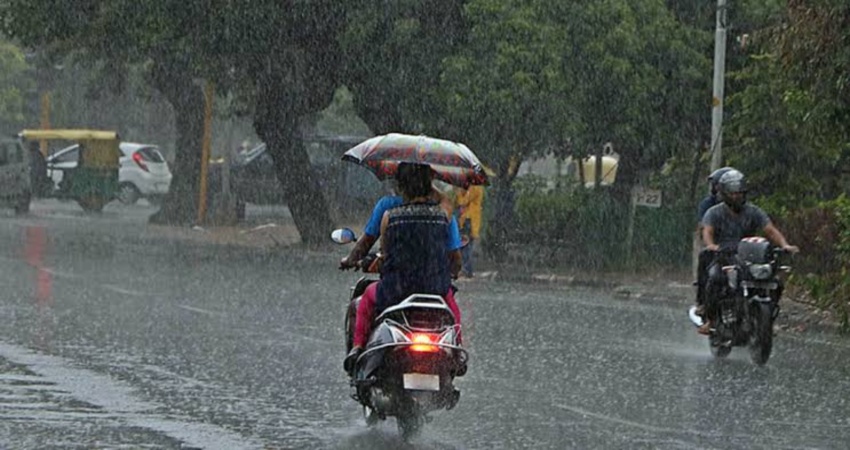 Pre-Monsoon weather activity has been lashing North India for the last 3 days.  More such showers are expected over the next 3 more days. Continuing with the wet spell, most parts of Punjab, Haryana, Rajasthan and Delhi will witness moderate rain and thundershowers on 19th, 20th and 21st June. Isolated stations may receive heavy thunderstorms with gusty winds and lightning strikes.

Till last week, Northwest India was the most deficit pocket out of the four homogeneous regions of India.  With a good spread of pre-monsoon rains over the last 3 days, the rainfall deficit has been recovered from 85% to 54%. Punjab and Haryana have witnessed excess rainfall to the tune of 518% and 110% on 17th June and a huge 322% and 353% on 18th June respectively.

Western disturbance across Jammu & Kashmir and its induced cyclonic circulation over North Rajasthan and Haryana have drenched the whole region over the last 3 days. Both these systems are complementing each other and therefore slowing down the respective movement. More rains and thundershowers are expected over most parts of Punjab, Haryana, North & East Rajasthan, Delhi, Uttar Pradesh and all the hilly states. Weather activity will reduce from 22nd onward and remain so till 26th June.

Post 26th June, conditions become favourable for the advance of monsoon over West Uttar Pradesh and Delhi region in the subsequent 2-3 days. Even parts of Haryana, East Rajasthan, parts of Punjab, and hilly states of Uttrakhand and Himachal Pradesh will find the monsoon advance by the end of June.

Weather update and forecast for June 21 across India