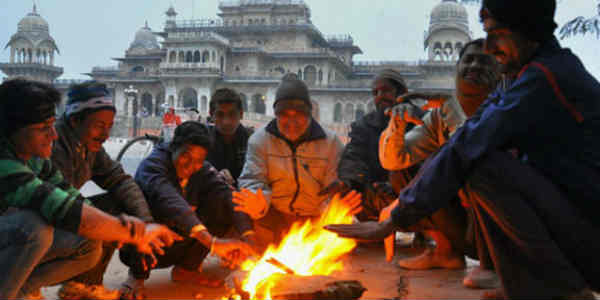 After battling cold wave condition, minimum temperatures across Rajasthan saw marginal rise in the last 24 hours. Further improvement is also likely during the next 48 hours.

However, northern parts of the state such as Churu, Sikar and Pilani continued to reel under the cold wave conditions. On Saturday morning, Churu recorded 1.1°C that was four degrees below normal, followed by Sikar at 2°C,  which was three degrees below the normal and Pilani 2.7°C, again two degrees normal.


According to Skymet Weather, a fresh Western Disturbance is likely to affect Jammu and Kashmir by Saturday. Besides this, a feeble trough is also seen extending from South Pakistan and adjoining West Rajasthan.

As a result, chilly northerly winds would now be replaced with warm and humid easterlies and south-easterlies. In wake of this, mercury saw a rise and would continue to increase by few notches.

Thus, during the next 48 hours, both the maximum and minimum temperatures would witness gradual rise, resulting in abatement of cold wave conditions from most parts. However, few areas of northern parts would continue to grip the region.

Sky condition would be partly cloudy over many parts, but weather would remain dry.