Minimums to remain below normal over Bihar and Jharkhand 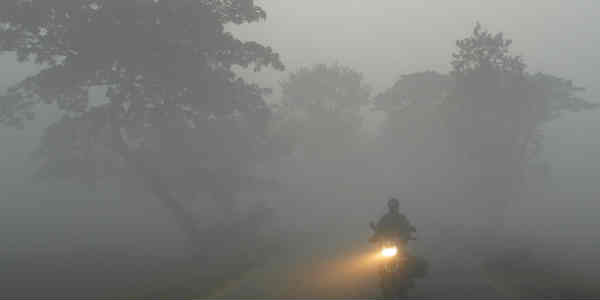 The state of Jharkhand literally known as ‘Bushland’ or the ‘Land of forests’ blooms to its best during winters I.e. between November and February.

Similarly, cold weather commences early in November and continues till the middle of March over Bihar.

During the last 24 hours, dry north-westerlies prevailed over Bihar as well as  Jharkhand. Moderate fog was also observed during morning hours over many places. Further, minimums dropped over many parts of the states and remained below normal by 2℃-3℃. Likewise, day temperatures have also shown a drop by 1℃-2℃ over many parts.

In the coming days, as most parts of Bihar and Jharkhand will continue to witness north-westerlies, the minimums would continue to remain below normal by 3℃-4℃. Similarly, maximums will also remain marginally below normal.

Moreover, light to moderate fog would form over many places, which would become dense after some time.

On the other hand, extreme north of Bihar such as Supaul and Araria will experience very light easterlies with a slight rise in their minimums.