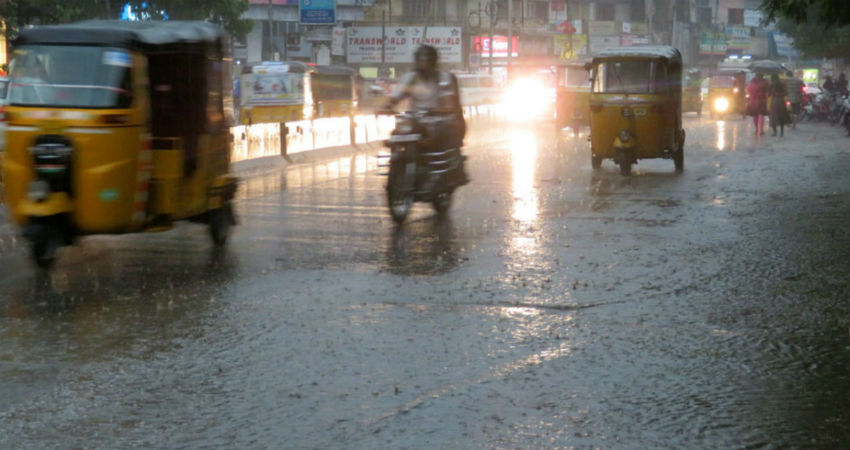 The states of Andhra Pradesh and Telangana have been witnessing a good Monsoon show. Rayalaseema which was earlier deficit by two percent has now become rain surplus by two percent.

In a span of 24 hours from 8.30 am on Thursday, many parts of Andhra Pradesh and Telangana have witnessed good rains. For instance, Medak had recorded 67 mm of rain during this period, while Nizamabad has observed 21 mm, Hanamkonda 19 mm, Nalgonda and Hyderabad 16 mm each, Ramagundam 12 mm and Adilabad 7 mm.

A Cyclonic Circulation is still persisting over Rayalaseema and its adjoining areas. The east-west wind shear zone is also passing through Telangana and Rayalaseema. Thus, we expect moderate showers with one or two heavy spells to continue over the states of Andhra Pradesh and Telangana for the next 24 hours.

As per experts, the intensity of rain will be more over Coastal Andhra Pradesh and Telangana. However, we expect a slight dip in the rainfall activities around September 22, but rains will once again pick up pace between September 23 and September 25. These rains will be in wake of an upcoming Low-Pressure Area in the Bay of Bengal.