Moderate rains with lightning strike to impact Varanasi, Prayagraj, Patna and Gaya during next 24 to 48 hrs 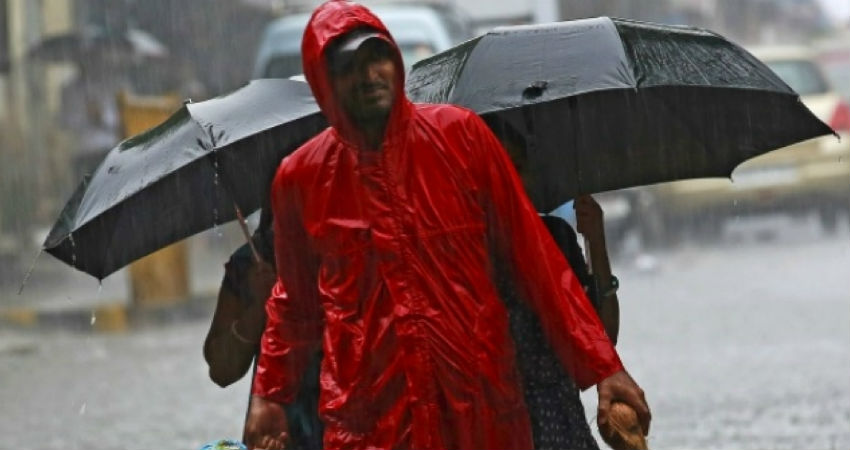 The states of Uttar Pradesh and Bihar witnessed scattered light rain and thundershowers during the past 24 hours. Now the rains are expected to increase over Bihar and as well as over east and central Uttar Pradesh.

The south-easterlies from the Bay of Bengal will now increase the moisture feed. Moreover, the east-west Trough is expected to form which will run from the western parts of Uttar Pradesh to Sub-Himalayan West Bengal across Bihar.

The impact of these weather systems will be seen in the form of precipitation until September 27. The states may witness intermittent yet moderate rains with isolated heavy spells for two days starting from today itself which is likely to be accompanied by lightning strikes.

It is expected that the rain activities will be more over Bihar in comparison to Uttar Pradesh. The southern districts of Uttar Pradesh may also get good rains. Places like Sonbhadra, Prayagraj, Varanasi, Ghazipur, Jaunpur, and Pratapgarh in Uttar Pradesh while Patna, Gaya, Bhojpur, Nalanda, Nawada, Begusarai, Kishanganj, Araria, Purnea, and Katihar in Bihar are very likely to see moderate rains with isolated heavy spells.

However, by September 28 we expect the rain activities to reduce significantly from both the states. However, scattered rains may continue over the southern districts of Bihar mainly over Gaya, Nawada, and Aurangabad.

In the wake of these activities, East Uttar Pradesh and Bihar will witness comfortable weather. Also, the temperature may not rise over both the states and gradually morning and night will become pleasant.