Moderate to dense fog observed in Punjab, Haryana, Delhi, UP, similar conditions likely for next 48 hrs 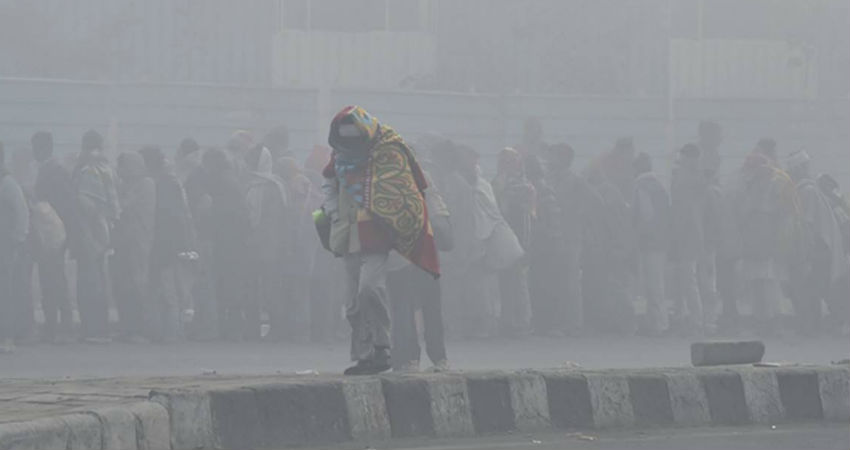 Dry seasonal weather is being witnessed over the northwest plains of our country. As of now, mainly northerly/ northeasterly winds becoming easterlies are prevailing over the plains. These winds are mainly cool and dry in nature. A Cyclonic Circulation in the lower levels is prevailing over southwest Uttar Pradesh and adjoining Rajasthan. Thus, the winds blowing over West Uttar Pradesh winds are blowing from easterly/southeasterly direction.

Today morning, most parts of the northwestern plains witnessed moderate fog with dense at isolated pockets. Early morning weather conditions will continue to remain similar with the same fog intensity during the next 48 hours as well.

As the winds are light in nature, the haziness will be a sight during the daytime as well. Thus, pollution levels will be in very poor to severe zone over the cities like Delhi, Noida, Ghaziabad, Sonepat, Ambala.

Presently, a Western Disturbance is likely to approach in the next two to three days around December 10. The minimums will remain close to the normal over most places for the coming three to four days.

No major change in the fluctuation of temperature is expected, with clear sky yet haziness will continue.

On the contrary, today morning Ambala recorded 7.4 degrees in comparison to yesterday’s minimum at 8.6 degrees. Thus, this up and down in the temperatures will continue in the coming days.