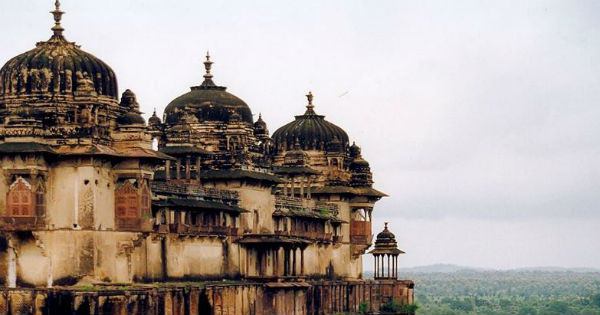 The Bundelkhand region is drawn from some districts of Uttar Pradesh and Madhya Pradesh and lies between the Indo Gangetic Plains to the north and the Vindhya range to the south. Sometimes, a few parts of Rajasthan are also counted as a part of Bundelkhand.

In Uttar Pradesh, Jhansi, Jalaun, Lalitpur, Banda, Hamirpur, Mahoba are the areas that lie in Bundelkhand, while Datia, Vidisha, Chhattarpur, Damoh, Panna, Sagar and Tikamgarh in Bundelkhand are from Madhya Pradesh.

Three divisions of Jhansi, four from Chitrakoot, five from Sagar, one from Bhopal and one from Gwalior.

Sometimes areas of Rajasthan including Dhaulpur and some more areas in Madhya Pradesh lie in Bhind, Gwalior, Morena, Sheopur, and Shivpuri.

Just like Maharashtra, Bundelkhand also sees large variation in rains and also happens to be a drought prone area. In fact, since the year 2007, Bundelkhand has been seeing drought conditions, which sometimes have been even severe.

This region is dependent on the Southwest Monsoon rains as winter rains are usually scanty and Post Monsoon period usually remains dry. Meanwhile, during the Pre Monsoon season, only thunderstorm and dust storm like activity is seen.

Normally, this region sees 52 rainy days in a year but in the last couple of years, rainy days have only been 25, over half the usual amount.

This Monsoon season, rains have been on the higher side with only very few areas seeing deficit rains while others have seen normal rains. In fact, few parts have also witnessed excess rains.

In the year 2017, Monsoon was normal at 95 percent of the LPA, but rainfall over Bundelkhand had remained deficit.

This time, good Monsoon rains have been attributed to the Monsoon systems travelling from Bay of Bengal moving across the central parts, in proximity of the Bundelkhand region. Due to the system, the axis of the Monsoon trough also shifted slightly southwards.

Usually, the Monsoon rain share is not on the higher side, as the axis of the Monsoon trough remains north of its position.

Image Credit: Wikipedia
Please note: Any information picked up from here must be attributed to Skymetweather.com