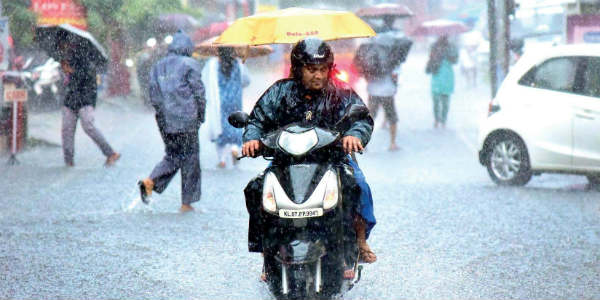 The onset of Monsoon over the state has caused widespread rains over most districts of the state. Under the influence of the well-marked low-pressure area, which is marked over southeast Arabian Sea off Kerala-Karnataka coast, active to vigorous Monsoon conditions have been prevailing over the state.

The rains have been varying from moderate to heavy with very heavy at isolated pockets. After remaining active for the first two weeks, Kerala rains saw a lean phase during the last week. However, rains once again picked up the pace from May 25 and since then, almost all the stations of the state have been witnessing varied intensity spells.

On the last day also, the 14 stations that are marked for the onset of Monsoon, continue to receive light to moderate with one or two heavy spells. These rains varied from 20-50 mm.

As of now, the well-marked low-pressure area has drifted a little away from the coast towards Central Arabian Sea. This would change the wind pattern along the coast and heavy rains that have been occurring would not sustain for long.

In the next 24 hours, the rains are expected to witness a declining trend with chances of slowing down further in the next two to three days.

Skymet Weather further predicts that there is a system likely to come up in the Central Bay of Bengal which would bring a fresh surge. This system would be responsible for enhancing the rains again over the state.