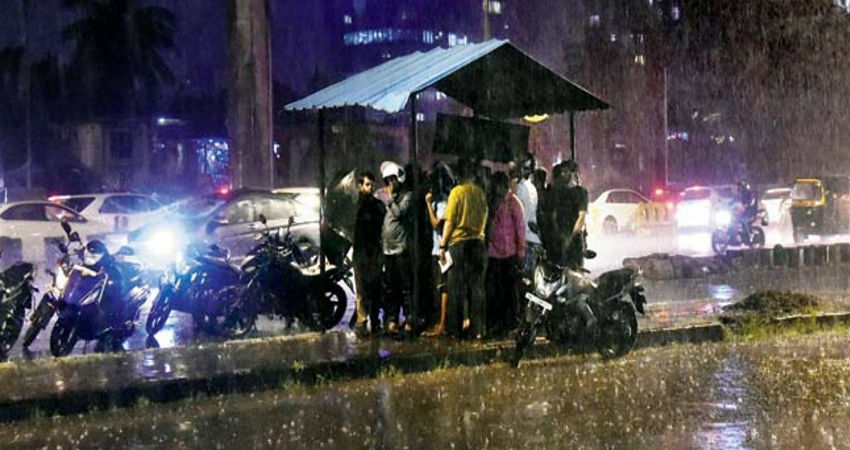 The sprawling city of Pune on the lee side of the western ghats recorded the rainiest day of this monsoon season. The pleasant town recorded 73.8mm at Pashan, 59mm at Shivajinagar, and 48mm at Lohegaon airport in the last 24hr. Pune mostly rains modestly in August and the highest 24hr rainfall in the last 10 years is merely 75.5mm (20Aug 2009). The heaviest spell so far was 59mm observed on the 30th of June.

The normal August rainfall is 122.3mm  and the base observatory has recorded 81mm in the first week itself.  The diurnal range of temperature is quite low( <5°C) with maximum mercury at about 26-27°C. Mainly cloudy sky, light showers, and the gentle breeze make it one of the most pleasant city during monsoon.

The cyclonic circulation over the Gulf of Cambay and Saurashtra & North Konkan coast is causing hefty monsoon rains along and off the coast of Gujarat and Maharashtra. The spillover on the lee side has resulted in these moderate showers over twin cities of Pune and Nasik. The weather system is likely to persist for about 24hr in this area and drop more rains during this period.  The pleasant weather conditions are expected to continue even after the rains recede after 48hr.