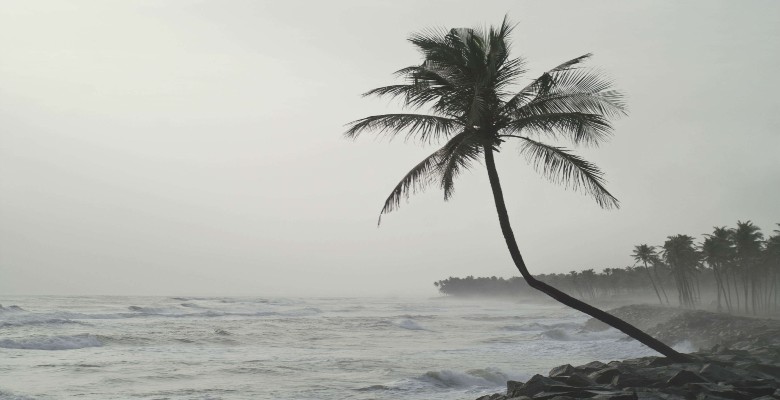 ENSO neutral conditions are present in the Pacific Ocean. During the last 4 weeks, Sea Surface Temperatures (SST’s) returned to near average across most of the Equatorial Pacific Ocean. Particularly during the last week ending 14th June, 3 of the 4 indices turned 0°C and the 4thone (Nino-4) was -0.1°C. It is a very rare state and the closest to this witnessed during mid-May2020 when these indices got confined to +/- 0.2°C. ENSO neutral is favored through the Northern Hemisphere summer (June-August) with 78% chances and fall of the year (September-November) with 50% margin. The Equatorial Pacific Ocean is indicating to remain cool, albeit marginally during the ISMR (Indian Summer Monsoon Rainfall). 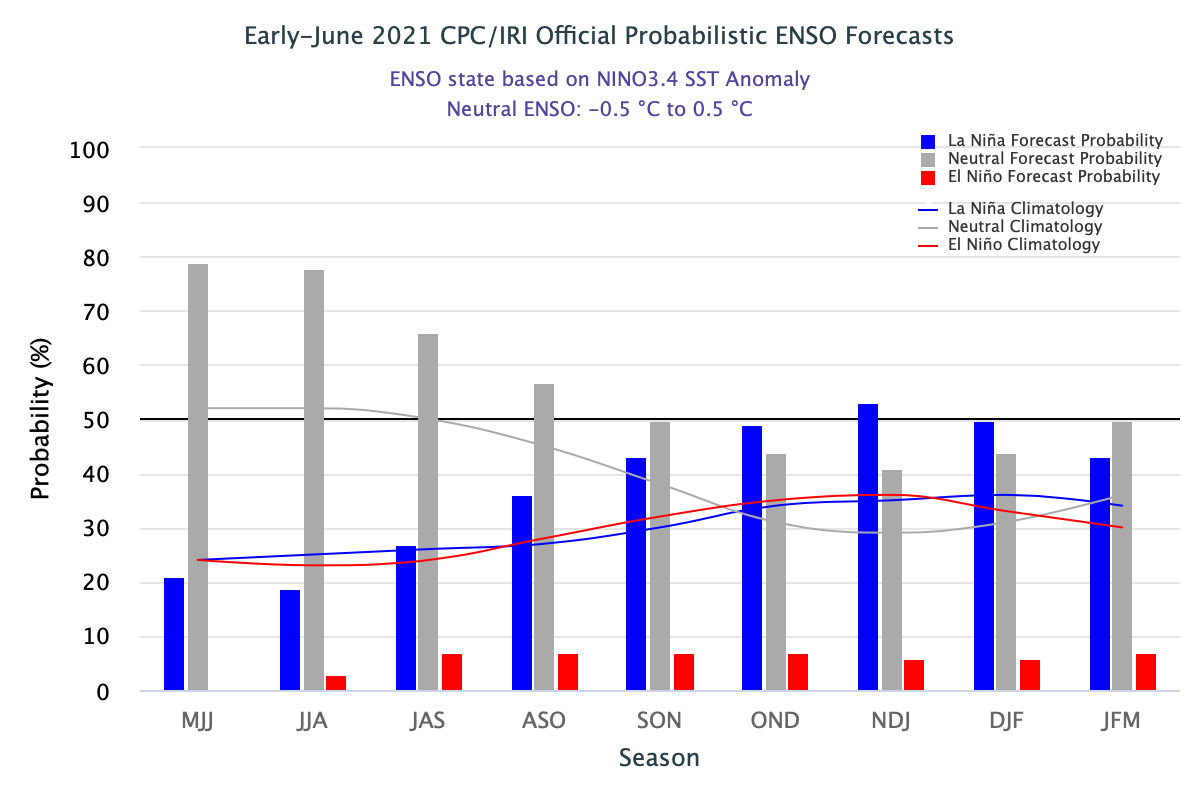 Barring Nino 1+2, the rest 3 indices remained within the threshold of +/- 0.5°C and the last week had the distinction of achieving nearly zero-zero.

Under the Tropical Ocean-Atmosphere program (TOGA), a number of Buoyes or equipment are deployed between 7°N and 7°S Latitudes in the Pacific Ocean. These Bouyes placed in an array fashion, constantly record temperatures, which are further verified with satellite-derived temperatures. Nino indices are measured over an area of 17 million Square Kilometer of the equatorial Pacific Ocean. Nino advisories are issued accordingly.

Nino projections are indicating a drop in the neutral component and a corresponding rise of the La Nina probability through the Indian Monsoon season. El Nino is appearing sheepishly with its contribution limited to 10% or even less during this period. Southwest Monsoon seems to be safe from the clutches of El Nino and is dominated by neutral conditions.

As expected, the fluctuation of IOD is quite large, week on week basis. The last 3 week values confirm this trend with the respective index showing drop and rise in quick succession: 06 June- -0.65°C, 13 June- -0.5°C and 20 June- -0.7°C. Negative values of more than -0.4°C over a period of 4weeks or more amount to -ve IOD, and do not augur well for good monsoon rains. 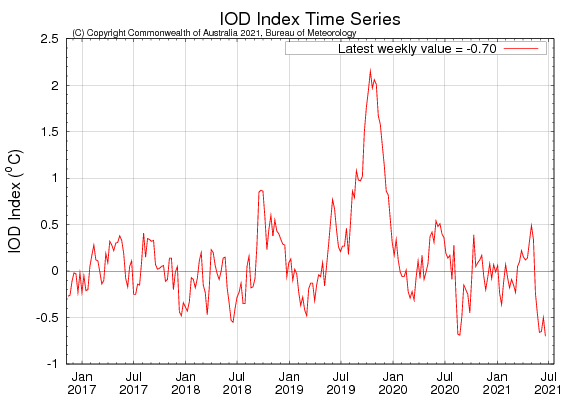 However, the model reliability is considered rather poor till June end and improves to stabilize in the core monsoon months of July and August. A negative IOD event is not declared until the index remains below the threshold for at least 8 weeks.