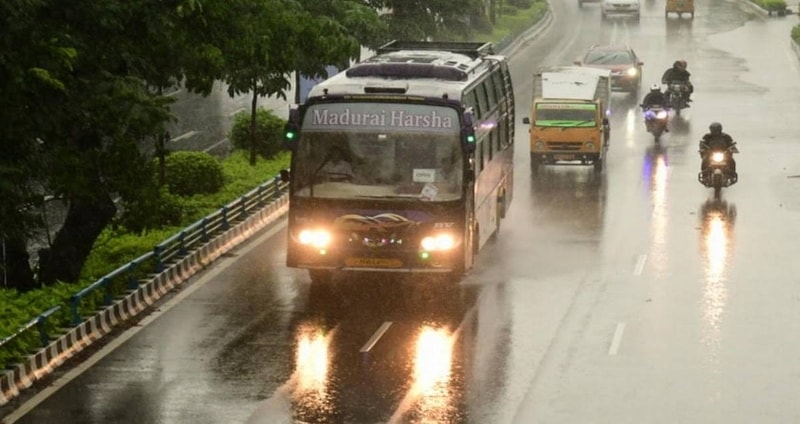 Southwest Monsoon is speeding across central and eastern parts of the country. During the last 48 hours, the eastern arm from the Bay of Bengal dashed across northern parts to cover all the hilly states and union territories namely Jammu & Kashmir, Ladakh, Himachal Pradesh, and Uttrakhand. The monsoon stream has also reached some parts of Haryana and Punjab, nearly 3weeks early.

The western arm is relatively sluggish and is stuck over Diu and South Coastal Gujarat. Still, it has reached ahead of schedule as the normal date over South Gujarat is 15th June and covers Saurashtra and North Gujarat by 25th June. Monsoon is expected to advance further to cover some more parts of Gujarat, Madhya Pradesh, West Uttar Pradesh, Haryana, Punjab, and Delhi in the next 2-3 days.

Heavy rainfall is expected over East Uttar Pradesh, Bihar, Jharkhand, North Chhattisgarh, and some parts of Madhya Pradesh in the next 48 hours. Light to moderate showers is likely over Punjab, Haryana, West Uttar Pradesh, Delhi, and North Rajasthan during this period. Mercury levels will stay below the normal by 2-4°C over the northern parts.

Southwest monsoon has covered nearly 80% of the geographical area of the country in the first fortnight of June. It is a rare milestone and even further progress is quite likely during the next 2-3days. Areas left out will mostly fall in Gujarat and Rajasthan at the end of this week. A fresh weather system from the Bay of Bengal or a combination of western disturbance with the monsoon trough will suffice to take the monsoon to the last post, well ahead of schedule.