Monsoon performance in Punjab so far 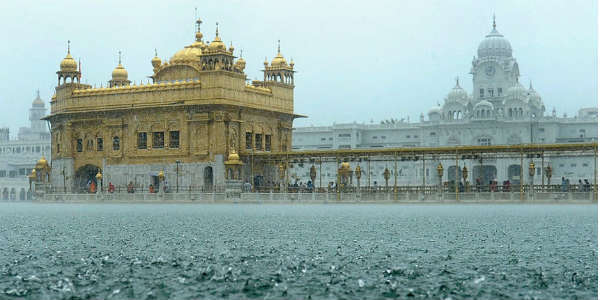 The state of Punjab consists of three subdivisions namely Mazha, Doaba and Malwa region. The area between the rivers Ravi and Beas is the Mazha region while the one between Sutlej and Beas is Doaba. Meanwhile, the left bank of Sutlej is Malwa. Around 70 percent of the Punjab region lies in Malwa while the other two subdivisions are smaller pockets.

The state of Punjab consists of foothills, green lands as well as some arid regions which are adjoining Rajasthan. Monsoon rains are rarely evenly distributed across various regions of Punjab. Southwest Monsoon only makes an appearance over Punjab for about two months, the months of July and August as Monsoon not only arrives late but also withdraws quite early.

Therefore, in comparison to the eastern and southern parts of the country, Punjab receives half the amount of rainfall in Monsoon season. The annual rains for Punjab stand at 636 mm, while the rainfall amount during Monsoon season is 492 mm.

This year, Southwest Monsoon made an early onset over Punjab due to which the month of June was quite good for the state. The state was largely excess to the tune of 102 percent as Punjab received 89.7 mm of rainfall against its average of 44.4 mm.

However, the month of July for the first ten days at least was quite poor due to which the excess amounts were consumed and by July 10, state was excess at 40 percent. Come July 15 and rains were still not intense due to which the surplus reduced to 21 percent.

The third week of July also was not a great performer and rains were evenly distributed between good and poor wherein the surplus dropped to 11 percent. Now, as on July 24, the rain surplus stands at 9 percent only.

However, if total rains are to be seen, they have been decent enough. 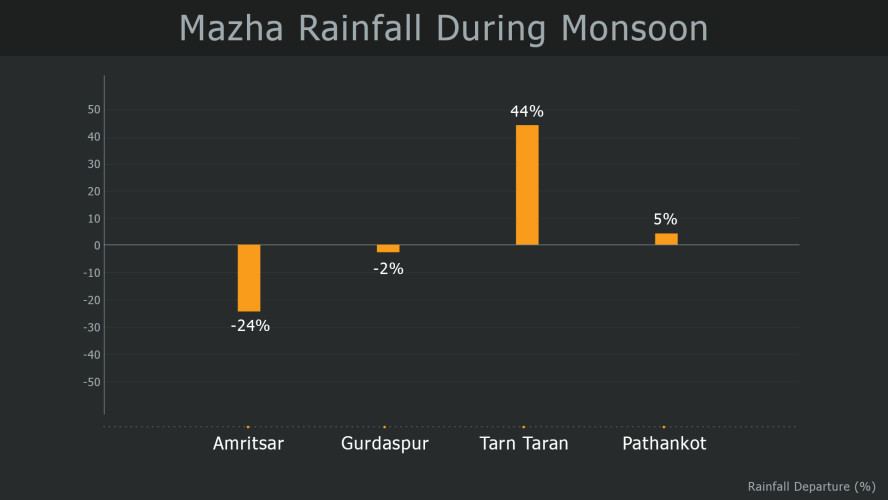 Region wise, in Mazha, districts closer to foothills have performed quite well due to which Amritsar has been the only deficient pocket at -24 percent. 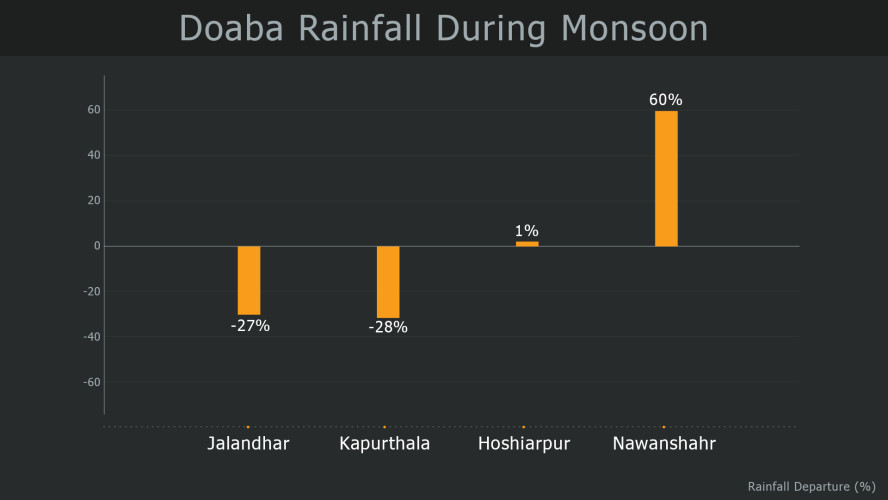 Meanwhile, Doaba had large variations in terms of rains from largely excess to deficient rains. Nawashahr was excess at 60 percent, while Jalandhar and Kapurthala saw a deficiency of -27 and -28 percent, respectively. Hoshiarpur saw normal rains at +1 percent. 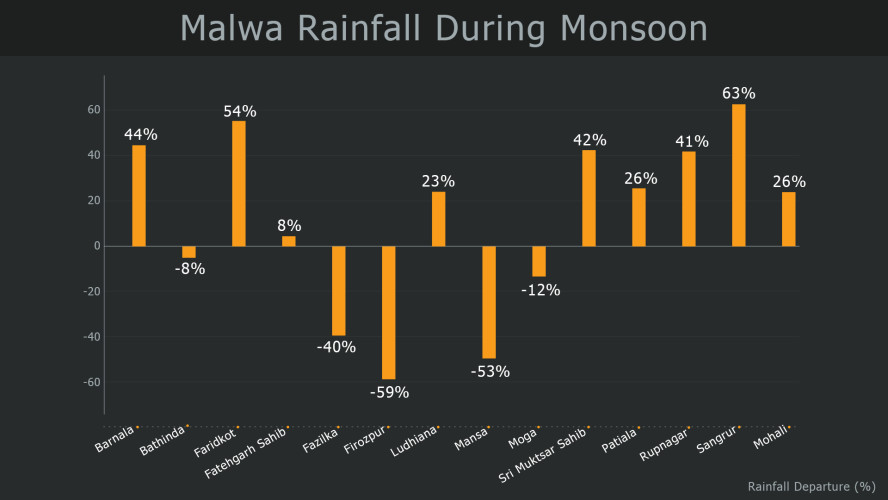 Malwa which consists of most of Punjab, had well distributed rains with very few deficient pockets including Mansa at -53 percent, Firozpur at -59 percent, and Fazilka at -40 percent. Southern half of Malwa did quite well.

During the next 48 hours, some light to moderate rains are expected over Punjab where the foothills will see more rains.