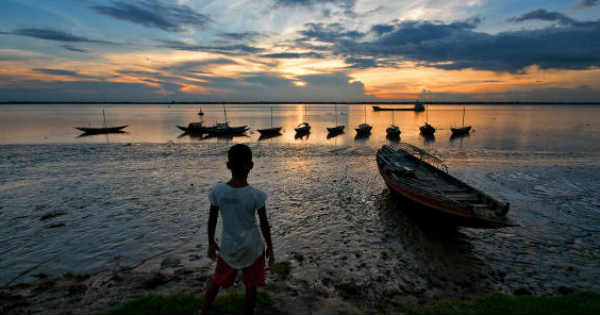 Fairley widespread rain and thundershower activity occurred over the state of West Bengal in the last 24 hours. In fact, Monsoon rains have been occurring in the wake of the axis of Monsoon trough which is passing along the foothills across Sub Himalayan West Bengal.

As per Skymet Weather, light to moderate rains with few heavy showers are expected to continue over many cities of West Bengal as the axis of Monsoon trough persists. Gradually, the eastern end of the axis of Monsoon trough is expected to move in the southern direction and may pass through Gangetic West Bengal. Therefore, we expect good rains over the entire state of West Bengal. Weathermen indicate that these Monsoon showers would prevail for the next two to three days.

In fact, Kolkata will also observe light to moderate Monsoon rain in the coming days. In view of these showers, the maximum temperatures have dropped and would settle in the lower 30s. In fact, the weather during the night is also likely to be comfortable.

As on July 2, Sub Himalayan West Bengal and Sikkim are rain deficient by 10 percent. Meanwhile, Gangetic West Bengal is facing 20 percent rain deficiency. In wake of these ongoing Monsoon showers, there are chances of improvement in these figures.