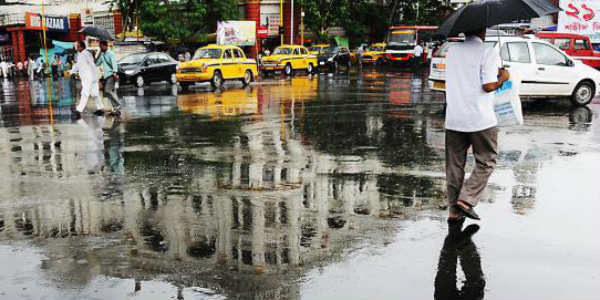 Due to the absence of any significant weather system, rains have remained on a lower side over most parts of East India, including the state of West Bengal. However, parts of the state have been witnessing on and off rains since the beginning of the month.

As per Skymet Weather, now the situation is conducive for some good rains to occur over almost the entire state for the next 2 days. The northern districts of the state would continue with light to moderate rains. In addition to this, isolated heavy spells cannot be ruled out as well.

On the last day too, scattered rains had occurred over most parts of the state, with the intensity being moreover Sub-Himalayan West Bengal & Sikkim.

As per Skymet Weather, the eastern arm of the Axis of Monsoon Trough is passing via Odisha, and thus, we expect scattered rains to continue over parts of Gangetic West Bengal, in places like Kolkata, Diamond Harbour, Canning, and Contai for the next 24 hours.

Some light to moderate showers can also be expected over Sub-Himalayan West Bengal in cities like Jalpaiguri, Siliguri, Darjeeling, Coochbehar, and Baghdogra as well.

Thereafter, rains would reduce over Gangetic West Bengal. However, another spell is anticipated around July 15 and this would in-turn be a phase of Monsoon revival over the state, bringing in some one or two moderate along with isolated heavy spells over Kolkata and parts of Gangetic West Bengal.