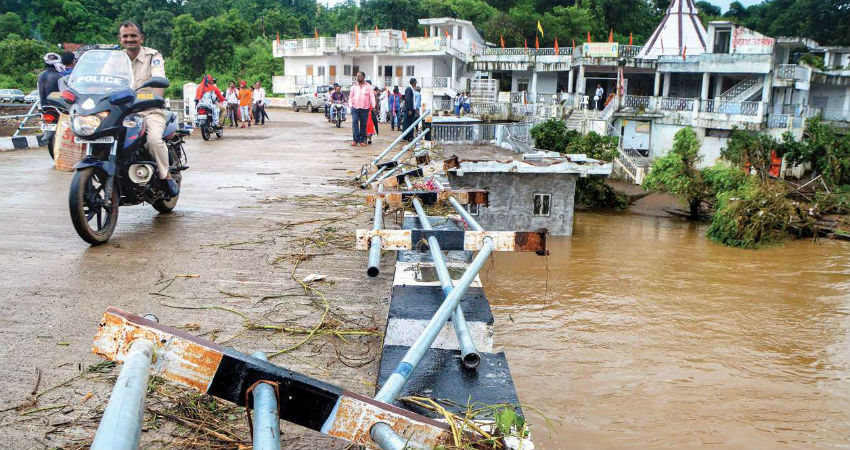 As predicted by Skymet Weather, rains have further reduced in the state of Madhya Pradesh. And in a span of 21 hours, Sagar has received only 34 mm of rain while Bhopal 23 mm. Rest all places have observed light rains only.

The meteorologists at Skymet have predicted more rains during the next 48 hours over eastern, central and northern districts of Madhya Pradesh, however with reduced intensity now. The intensity would mainly vary between light and moderate only, but one or two isolated heavy spells cannot be ruled out.

Meanwhile, the southwestern districts of the state would observe comparatively lesser amount of rainfall within the same time frame.

City-wise, Bhopal, Guna, Sagar and Damoh would observe moderate rains, while light showers are likely in Indore, Dhar, Khandwa and Khargone for another two days.

Further, 19 onwards, a significant reduction is likely in the intensity of rainfall activities and only light showers with one or two moderate spells would continue thereafter.

Overall we can say that, for the next one week, scattered rains will continue and weather is not likely to go dry anytime soon. Post this episode, the weather will become comfortable and pleasant with on and off rain and thundershowers.

As rains are still continuing with a good pace, we expect Monsoon to stay here for a little longer this time. However, after some time, the Southwest Monsoon would turn mild and rains would also go light and significant relief would be seen from ongoing flood situation.