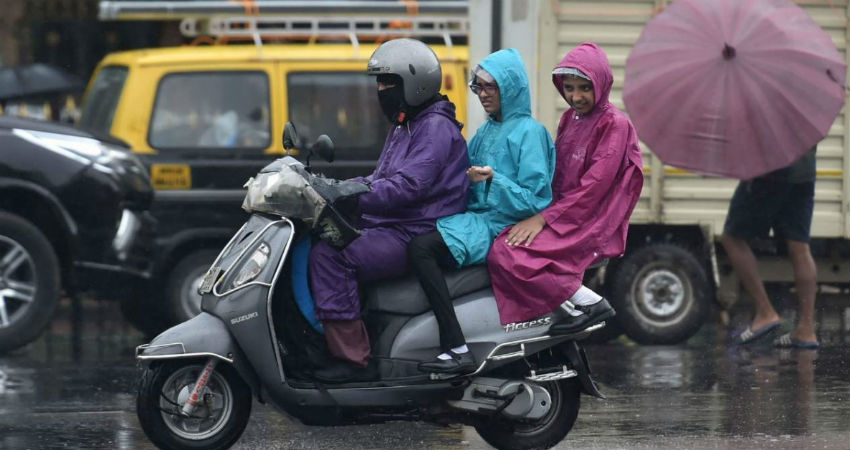 The Southwest Monsoon performed very well in the first fortnight of June. Between June 1 and June 20, the whole of India had received 41% more rainfall than normal. The low-pressure area formed in the North Bay of Bengal was behind the intensification of the monsoon. Due to the influence of the low-pressure area formed over the Ganges West Bengal and Odisha coast, heavy rains occurred in West Bengal, Odisha, Bihar, and Jharkhand including North-East India, and the monsoon progressed prematurely in all these states. Due to the effect of this low pressure, the speed of moist winds coming from the Arabian Sea also increased on the western coast of the country. Hence, Monsoon continued its good performance over the western coasts of the country as well. And the monsoon also reached the southern parts of Gujarat including Mumbai ahead of time.

Now the line of low pressure has moved towards the foothills of the Himalayas, due to which dry winds from the west direction will continue over North West, East, and Central India. Due to the effect of these dry winds, the monsoon will no longer be able to progress. The heavy rainfall in Rajasthan, Gujarat, Madhya Pradesh, Uttar Pradesh, Bihar, and Jharkhand will now reduce. For the next one week, the Southwest Monsoon will not be able to meet even its normal daily rainfall. Therefore, the progress of the monsoon over the whole of India will now continue to reduce gradually till the end of June.

Monsoon reaches Delhi around June 27. Due to not favorable conditions, there is a possibility of delayed arrival of monsoon in the southern districts of Punjab and Haryana including Delhi and northwest parts of Rajasthan. Although rain and thundershower activities are possible over North India from 25th to 27th June, it will not be Monsoon rain. During the next few days, rain will remain very light in many parts of Maharashtra including Mumbai and the temperature is likely to rise. Heat and humidity are very likely to increase over Northwest India including Delhi during the next few days.