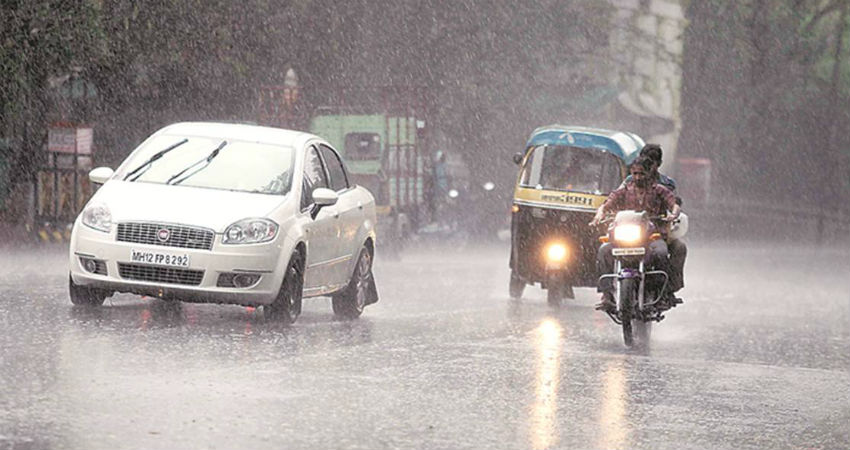 Monsoon conditions have turned normal from subdued in Marathwada and thus have increased the rainfall activities over the region. For instance, Beed and Parbhani have witnessed moderate rain after much anticipation. Likewise, light to moderate showers were observed in parts of Madhya Maharashtra and Konkan and Goa.

On the contrary, only light rains have occurred in Vidarbha as the Monsoon conditions were subdued here during the last 24 hours. However, the region would see some moderate showers during the next 48 hours.

Talking about the rainfall figures, Matheran and Thane have recorded 56 mm of rainfall each, followed by  Ahmednagar 34 mm, Mahabaleshwar 28 mm and Gondia 6 mm from 8:30 am on Wednesday.

According to our meteorologists, light to moderate rains will continue in Vidarbha and Marathwada today and tomorrow. Meanwhile, Konkan and Goa would observe moderate showers at few places.

On the other hand, the weather of North Konkan and Goa including Mumbai would remain almost dry with scattered light showers.

By August 24, the weather in entire Maharashtra will start clearing up. However, some places in Vidarbha such as Nagpur, Amravati, Gondia may continue to receive moderate spells of rain.

August 25 onward, Monsoon would once again become weak in entire Maharashtra and subdued conditions would persist until August 28. Thereafter, a revival is expected in parts of Vidarbha and Marathwada.