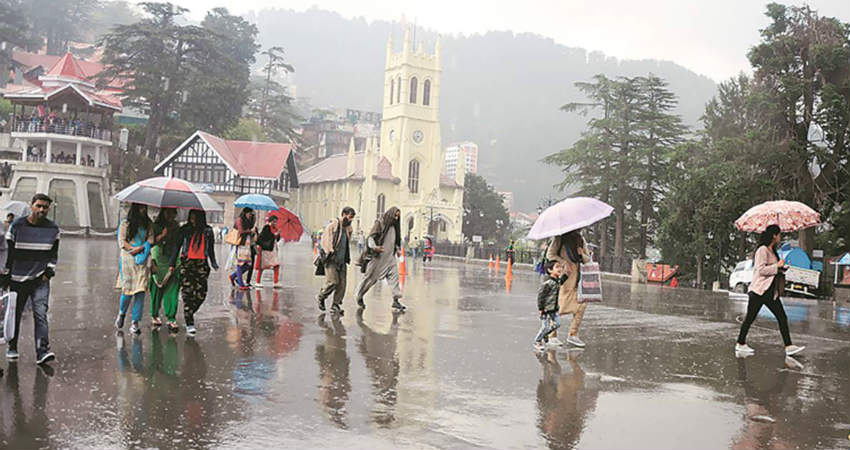 Updated on Aug 12, 07:30 PM: Landslides in Uttarakhand in view of heavy rains in Uttarakhand has killed six in three separate villages in Chamoli. The landslide also washed away two buildings.

Meanwhile, in Jammu and Kashmir, landslide incident in Resai killed three members of a family. Two others were injured in the incident.

Published on Aug 12, 12:00 PM: Since the last few days, moderate to heavy rains are being recorded in Himachal Pradesh and Uttarakhand. In a span of 24 hours from 8.30 am on Sunday, Dehradun received 127 mm of rain, Pantnagar 72 mm and Dharamshala recorded 43 mm of rain.

Life in Uttarakhand has been thrown out of gear as parts of the state are witnessing torrential downpour. Several massive landslides, washing away of houses, cowsheds and bridges and destruction of property and crops have been reported due to unrelenting rains.

Presently the Western Disturbance as a Cyclonic Circulation is over North Pakistan and will move towards Jammu and Kashmir by tomorrow. The Axis of the Monsoon Trough is also gradually shifting northward due to which good amounts of rain with heavy in parts is likely in the hill states.

Yesterday, Thal-Munsiyari Road near Banik in Pithoragarh district was closed after boulders and debris blocked the road. In a separate incident, a huge boulder fell on the road and blocked the portion of the national highway- 125 between Dharchula and Tawaghat in the state.

After 48 hours, rains will slow down, but the weather will not be completely dry. Intermittent rain and thundershowers will keep taking place.