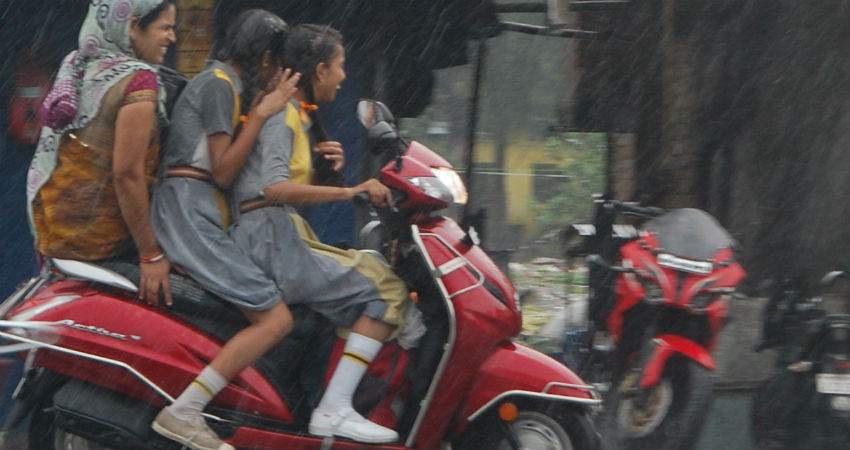 Bhopal in Madhya Pradesh is one of the rainiest cities during the Monsoon season. It observes 1200 mm yearly rainfall, out of which 90% of rains can be attributed to the four-month-long Monsoon period from June to September. Out of this 90%, the city receives nearly 3/4th of the rainfall in the months of July and August, with August being the rainiest month.

During the last week, extremely heavy spells lashed this city of lakes. In fact, it has recorded Monsoon rains in excess of 100 mm in just 24 hours, on two occasions so far, wherein a whopping 160 mm of rainfall was recorded on July 30.

Due to these heavy showers, the rain surplus of the city is sitting at 63% as of August 1. In fact, it is the only district in Madhya Pradesh which is in the category of large excess with 764.2 mm rainfall as against the normal of 468.2 mm rains.

The lifeline of Bhopal is its ‘Bada Talab’, (located in the west-central parts of Bhopal) which is approximately 30 km long and 5 km wide. The Talab supports around 40% of the water needs of the city.

The water level in the Talab was at its lowest capacity this summer, leading to a water crisis in the city. The condition was so worse that people could walk up to the Takia Tapu which is usually surrounded by water. This scenario prevailed until the first week of July.

However, after this dry period, the rain gods have done wonders for the city and have given good showers particularly in the last 7 days. In fact, the current scenario is such that the ‘Bada Talab’ is just short of 3.5 feet to reach its full capacity. And in just the last four days, the water level has increased by 9 feet.

According to Skymet Weather, more heavy rains will lash the city and neighbouring areas during the coming days and there is a strong possibility that ‘Bada Talab’ may reach up to its extreme level. Once this happens, the floodgates at ‘Bhadbhada’ will be opened, that too for the first time in the past three years. And the tourists can’t wait more to capture this view.