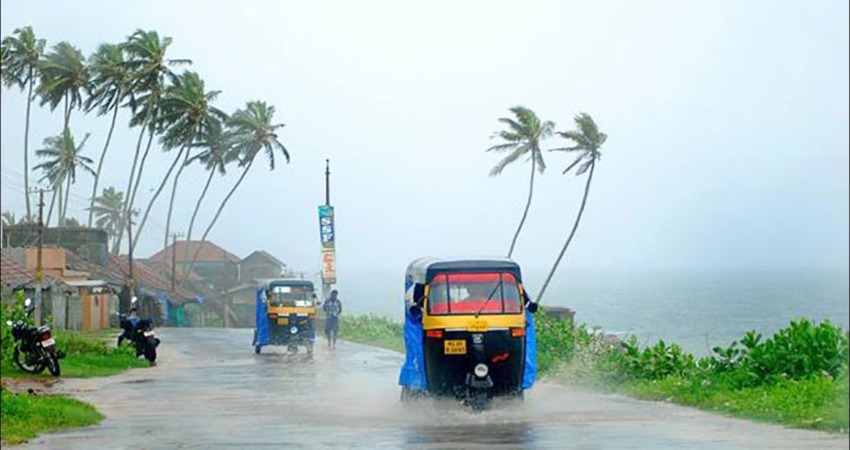 In a span of 24 hours from 08:30 am on Wednesday, good rains were seen over Interior Karnataka and in some parts of Telangana. Meanwhile, states like Andhra Pradesh, Kerala, and Tamil Nadu witnessed some scattered rains.

At present, there are various weather systems affecting South Peninsula. A Cyclonic Circulation is over the East Central Arabian Sea off Karnataka coast. Besides this, a trough is also extending from Gangetic West Bengal to Coastal Andhra Pradesh.

So, in view of the persistence of these significant weather systems, we expect light to moderate rains with one or two heavy spells over Interior Karnataka, parts in Telangana and Rayalseema during the next two to three days. For the next four to five days, rains are also expected to continue over Hyderabad. Wherein, Coastal Andhra Pradesh, Interior Tamil Nadu, and Kerala are expected to witness scattered light rains with one or two moderate spells.

These rainfall activities will not be widespread and can be seen only in patches mostly during the late afternoon and evening hours or even in early morning hours. These rain activities would be accompanied by thunderstorm and lightening strikes too.

Further, the intensity of the rains will reduce over Karnataka, Kerala and Tamil Nadu October 13 onwards. The weather would not go completely dry thereafter as well and on and off light rains with one or two moderate spells would continue over these places.

Thus, we can say that the weather in South Peninsula will not go completely dry as patchy rains are ahead for the entire region.