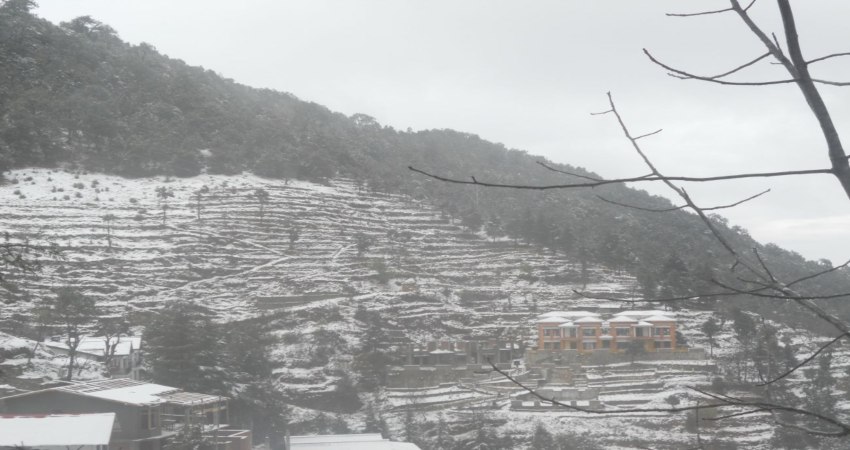 Snowfall in the hills of North India started a little early this winter. Two to three good spells of snow and rain were witnessed in Jammu and Kashmir, Himachal Pradesh and Uttarakhand between November and December. But they were largely confined to the higher reaches with a few exceptions like Shimla, Manali and Srinagar.

However, the current spell of weather has given snowfall at almost all the popular tourist destinations with moderate height. For instance, Nainital, Mussoorie, Dhanaulti, Mukteshwar and Dalhousie recorded good snowfall yesterday. For Nainital and Mussoorie it was the first snowfall of the season.

According to senior meteorologists at Skymet, this weather is going to prevail in the hills for another 2-3 days. Rain and snow for today will largely be confined to the hills of Jammu and Kashmir and Himachal Pradesh. By tomorrow the action will shift to the state of Uttarakhand. Several places in Uttarkhand like Nainital, Mukteshwar, Almora may see a good amount of snowfall.

By January 9 the weather will ease out to a large extent in the region. But there is again a Western Disturbance going to affect the hills from January 11. This is going to be the third weather system in two weeks to affect the entire northern hills.

Therefore there isn't going to be any relief in terms of temperatures. Cold Day and Cold Wave will continue to affect the hills depending on the weather. For now, the entire region is in the grip of Cold Day.