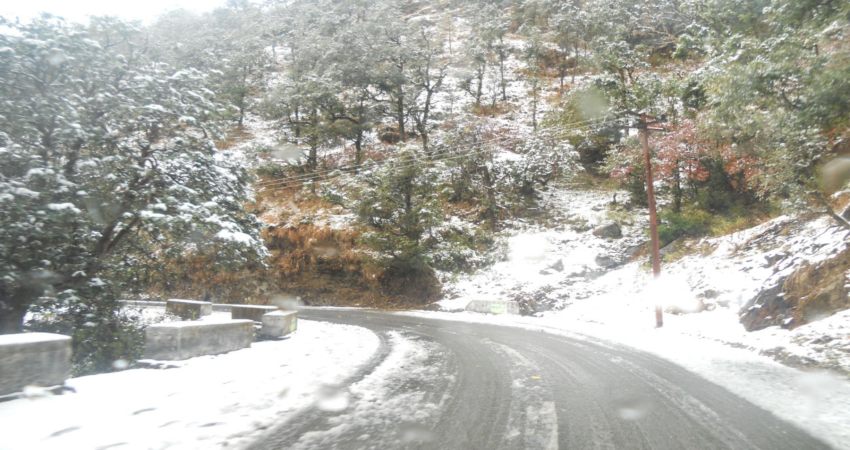 The Western Disturbance in the hills of North India is now moving eastward, away from the region after giving rain and snow. The state of Uttarakhand was where most of the weather activity took place during this spell.

According to the rainfall data available with Skymet, the popular hill station of Nainital in Uttarakhand received 58 mm of precipitation (Rain an Snow) in a span of 24 hours from 8.30 am on Thursday. Other hill stations in the state like Mukteshwar and Pithoragarh also recorded 31 and 29 mm of rain and snow, respectively.

The weather activity in Himachal Pradesh and Jammu and Kashmir was light to moderate. There were some places where snowfall was recorded but they were not as heavy as observed in Uttarakhand.

Meanwhile, another Western Disturbance is ready to hit the hills. By tonight the people of the region will start witnessing the impact of the system in terms of rain and snow. This spell will continue for a couple of days (until January 18) with the action again being confined largely to the state of Uttarakhand during this period.

There isn’t going to be any breather for the people of the region from these harsh conditions as a fresh Western Disturbance will be ready (by January 20) to impact the hills of Jammu and Kashmir, Himachal Pradesh and Uttarakhand. For two days it will be a widespread activity.

It is after a very long time that the hills are witnessing exceptionally high frequency of Western Disturbances this winter. The intensity of rain and snow has also been a little high along with being widespread.