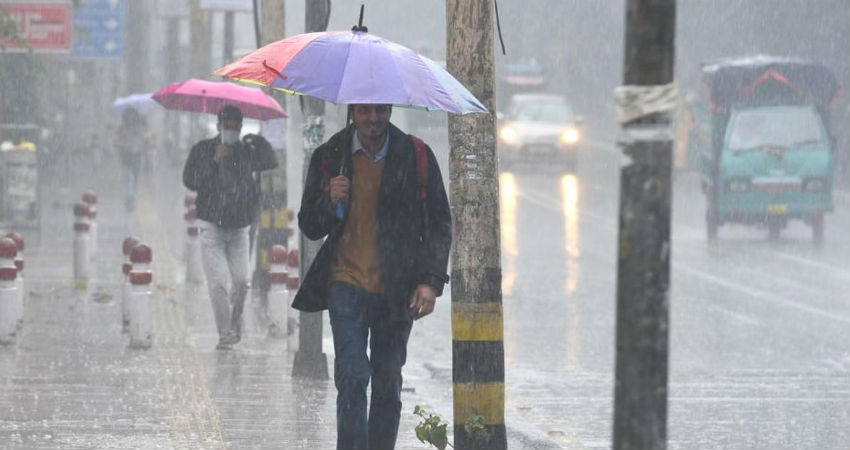 After reeling under dry weather conditions for long, the rainfall activities are set to re-appear in Madhya Pradesh, Chhattisgarh and Jharkhand.

In the absence of any weather system, the cold and dry north-westerlies were keeping the temperatures below normal by 3-5 degrees Celsius. However, the weather models are indicating some developments which may bring a change in the temperature pattern during the next few days.

By February 22, a Trough is expected to develop from North Rajasthan to Northeast Madhya Pradesh. In the wake of this system, humid southeasterly winds from the Bay of Bengal would reach up to the north-eastern parts of Madhya Pradesh leading to the commencement of rain.

Due to increased cloud cover and moisture content, the minimums may start increasing and become normal. This would lead to complete abatement of winter chill from the state.

In addition to the above Trough, a Cyclonic Circulation is likely to develop over Southeast Uttar Pradesh and adjoining Northeast Madhya Pradesh. Another Trough may extend up to Odisha across Jharkhand. These systems would bring rain for the parts of North Chhattisgarh and Jharkhand.

The weather activities may commence in East Madhya Pradesh, North Chhattisgarh and in one or two pockets of Jharkhand on February 22 and continue until February 25.

As the Cyclonic Circulation moves and comes closer to Jharkhand, the intensity would increase. And there are chances of intense rain with lighting strikes and isolated hailstorm between February 23 and 25 in parts of Jharkhand.

Throughout this episode, the day temperature may drop by a couple of degrees, however, minimums might witness some increase due to high moisture concentration.

The weather systems are expected to become feeble by February 26 owing to which rains will start vacating the region.