Mumbai rains 2019: Mumbai Rains get intense in many parts, cause traffic jams, more showers in evening 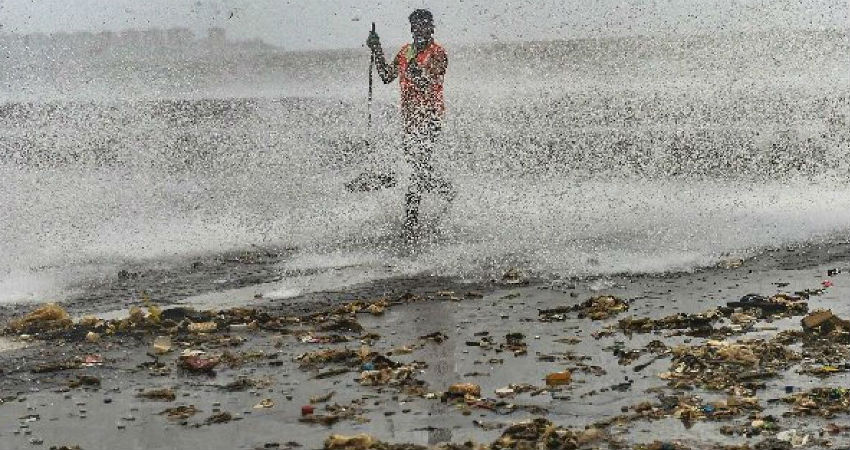 In six hours time between 8:30 am to 2:30 pm, Santa Cruz has observed 25 mm of rainfall and more showers are on cards for the city during the evening hours as well which may cause some problem to the commuters.

Published on July 30, 2019 09:00 AM: Heavy Mumbai Rains have been playing hide and seek with a few days witnessing heavy showers while the other days seeing just about some light rains only.

During the weekend, rainfall activity became mammoth over the city of Mumbai with showers remaining on the heavier side. In fact, Friday night and Saturday morning saw waterlogged streets, delayed and diverted flights along with a train stuck in the middle of nowhere.

However, rains did see a reduction on Sunday with rainfall being in single digit. Rains were just about slightly heavy on Monday with the suburbs seeing more action than the city.

In the last 24 hours from 8.30 am on Monday, Santa Cruz observatory recorded a good 39 mm of rains.

Residents did wake up to an overcast sky this morning with some parts witnessing rainfall activities already.

As per weathermen at Skymet Weather, Mumbai Rains are expected to be seen today as well but with short breaks in between. Moreover, rains will be light to moderate with the possibility of some heavy showers in a few pockets. However, hefty Mumbai rains are not expected to be seen which could cause chaos and waterlogging.

The rain episodes will not be very heavy along with not being a prolonged one as well due to which, waterlogging and inundation may not be seen.