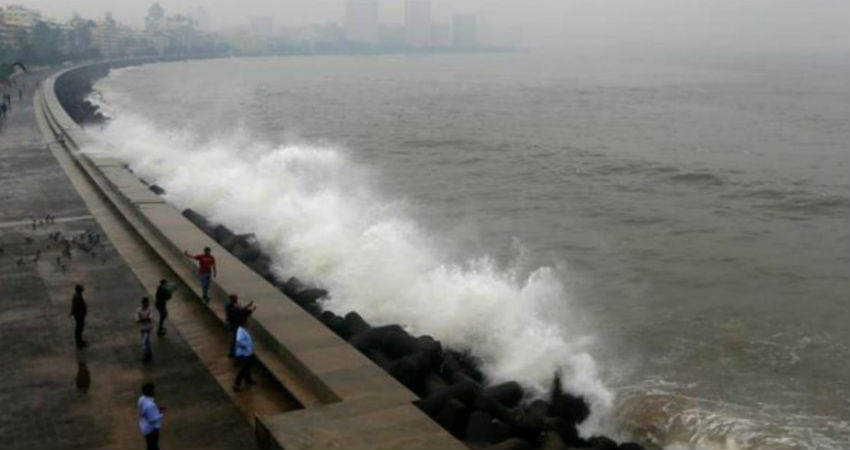 Mumbai rains which continued to make an appearance for the third consecutive days were quite intense in some parts yesterday. Rainfall activity was seen in the afternoon as well as later in the night.

Moreover, Mumbaikars woke up to a rainy morning as rains have been lashing many parts of the commercial capital of India.

Due to these rains, weather has become pleasant in the city with temperatures taking a slight dip.

These rains can be attributed to the outer peripheral clouds of Cyclone Vayu which are still affecting the city of Mumbai.

Later in the day also, the city of Mumbai will continue to receive rainfall activities today and tomorrow. Moreover, these rains of varied intensity will continue until the onset of Monsoon thereby increasing during that time.

Southwest Monsoon which usually makes an onset in Mumbai on June 10 has still not made its presence felt. However, it looks like, Monsoon will arrive over the city of Mumbai during the weekend. Winds have changed their course, temperatures have taken a dip, rains have begun and clouding is also seen on a constant basis. Thus, Monsoon is not far away.