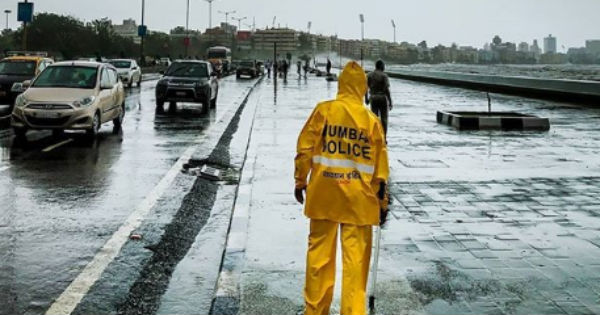 Mumbai rains had displayed a stupendous performance during the first half of July. Moreover, the city saw massive rains of over 1000 mm crossing its monthly mean in just about that time. It seemed like the ferocious Mumbai rain saga would continue and Mumbai would witness rains as it has never seen before.

However, as the second half of the month came in, rains took a backseat and did not take a step forward at all. So much so that the city witnessed very light rains in single digit only. These rains can be attributed to the weakening of the off shore trough along the West Coast which had been giving continuous rains in the first half of July.

The last 24 hours were also not very different and the city of Mumbai saw light rains only. In a span of 24 hours, Mumbai’s Santa Cruz observatory recorded a mere 2 mm while Colaba recorded 6 mm.

Now, as per weathermen at Skymet Weather, rainfall activity will remain on the lighter side over the city of Mumbai for a few more days. Isolated moderate showers may also occur in some parts of the city.

However, heavy rainfall activity will remain far away from the city of Mumbai making residents crave for some heavy spells of showers.