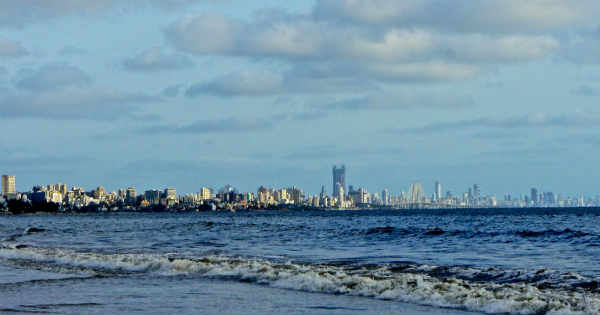 After sultry heatwave conditions, there is now a sigh of relief for Mumbaikars as mercury has dipped by almost seven degrees. According to forecasters, today’s maximum will be around 34°C.

The mercury in the last few days soared because of the Anti-Cyclone over northeast Arabian Sea and adjoining South Pakistan. Due to this, northeasterly dry and hot winds were blowing over North Konkan and Goa and Madhya Maharashtra. Now, this Anti-Cyclone has moved away westward leading to change in wind direction from northeasterly to westerlies/ northwesterlies.

These winds are travelling from the Arabian Sea and are cooler in nature. Hence, they have helped in bringing down the mercury. Moreover, the sea breeze today set in early, which didn’t allow the temperatures to rise. As per the experts, the temperatures would continue to settle between 33°C-35°C for a week or so. Re-occurrence of heatwave conditions for rest of March is ruled out for now.

Updated on March 26 at 1421 hours: Mumbai surpasses 40 degrees for the fifth time in past 11 years

Mumbai is witnessing a spike in day temperature for the last couple of days. From 31.5°C recorded on March 22 the maximum shot up by 9 degrees at the Santa Cruz Observatory to settle at 40.3°C on March 25.

As per records, this is the fifth time in last 11 years that the day temperature in Mumbai has touched 40°C in the month of March.

Weather experts at Skymet say that this sudden spike in temperature can be attributed to the flow of dry and hot winds from the northeast direction. The day temperature today as well might touch 40°C because of the prevalent northeasterlies. However, some relief is expected tomorrow (March 27) due to the change in wind direction.

Cool northwesterlies, travelling from the Arabian Sea are now expected to replace northeasterlies. The day temperature in Mumbai will therefore witness a drop and hover around 34°C.

Mumbai being a coastal station will keep observing high humidity levels and therefore the feel like temperature would remain high. Discomfort among the inhabitants has already increased manifold.

Weather on Twitter
On February 24 and 25, we expect fairly widespread rain and thundershowers in West Bengal, #Odisha and #Jharkhand.… t.co/P4c5Us2EqF
Scattered rain and thundershowers are expected to continue in East #MadhyaPradesh and #Chhattisgarh until February… t.co/kYuwxCvHZ5
#Rain and snow will commence in #JammuandKashmir, #Ladakh, #HimachalPradesh, #Uttarakhand on February 28. On Februa… t.co/mr0Ak4v8A9
Light rain and thundershowers are expected in #Uttarakhand, parts of Northwest #Rajasthan and Southwest #Punjab on… t.co/IVWxsVVOBM
Let us take a look at the #weatherforecast for the week. t.co/6GDd7yj8HS
Good #Rain and thundershowers are likely in Odisha and #WestBengal. The intensity is likely to be more in #Odisha a… t.co/S2ideLNDaO
सोमवार को देश के मैदानी भागों में सबसे ठंडा स्थान रहा हरियाणा का करनाल शहर। जहां न्यूनतम तापमान 9.0 डिग्री सेल्सियस… t.co/RtQsjW9aJe
अगले 24 घंटों के दौरान झारखंड और छत्तीसगढ़ में कई जगहों पर हल्की से मध्यम बारिश के साथ कुछ स्थानों पर भारी बारिश हो… t.co/P8TUJmiBxl
During the next 24 hours, light to moderate rain and thundershowers with isolated heavy spells may occur in #Odisha… t.co/3sxXjleNrv
On February 25, President Trump is scheduled to visit #Delhi. The weather conditions are expected to be similar to… t.co/6yg7sLDiic
Follow us @skymetweather