Nalgonda records 218 mm of hefty rains, probable Low-Pressure to give good rains over Adilabad, Hyderabad, Vijayawada during next 24 to 48 hrs 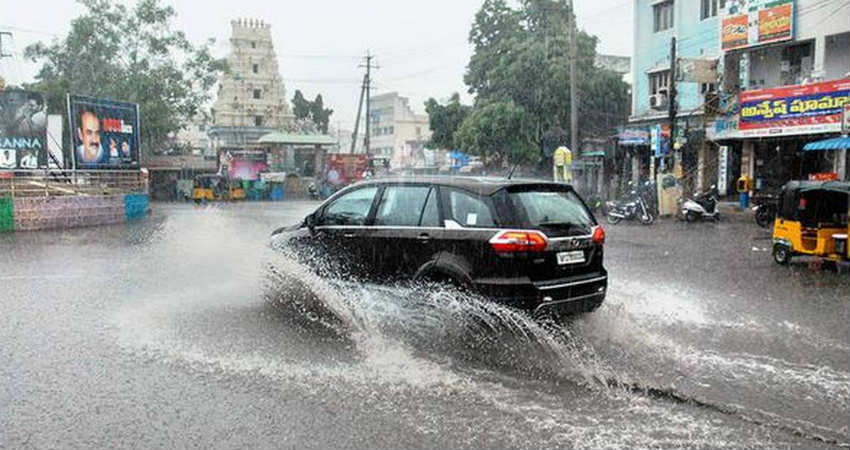 Monsoon is quite active over the parts of Andhra Pradesh and Telangana from the last two to three days. Presently, a Cyclonic Circulation is persisting over the west-central Bay of Bengal off Andhra coast. This circulation is very likely to induce a Low-Pressure Area over the same place by today afternoon or evening.

Therefore, moderate to heavy rains are likely to be seen over Coastal Andhra Pradesh and Telangana during the next 24 to 48 hours. Thereafter, the intensity will decrease, and moderate showers will continue between September 20 to 22.

In the past 24 hours, moderate to heavy rains with one or two heavy to very heavy spells were recorded over Coastal Andhra Pradesh as well as over Telangana. In the past 24 hours, Nalgonda recorded hefty rain of 218 mm while Nandigama in Andhra Pradesh saw 87 mm of rain. Bhadrachalam, Ramagundam, Hyderabad, Mandek, Nizamabad, and Adilabad recorded 46 mm, 56 mm, 32 mm, 34 mm, 39 mm and 24 mm of rains, respectively.

Places like Adilabad, Vijayawada, Rentachintala, Mandek, Nizamabad, Hyderabad are likely to see moderate rain with one or two heavy spells during the next 24 to 48 hours.