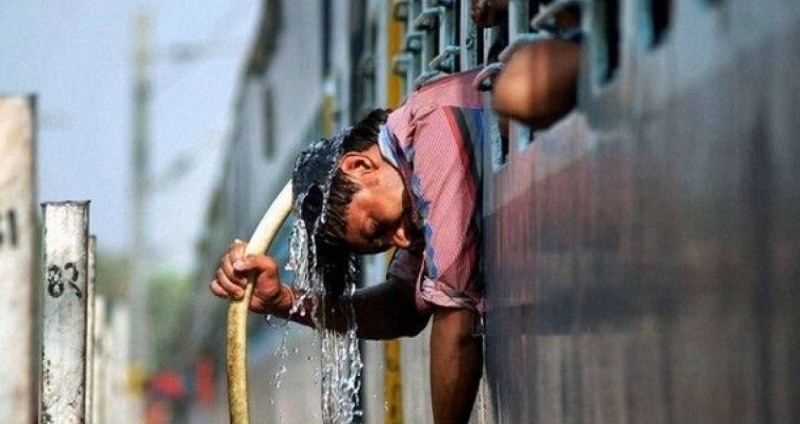 Heatwave conditions will remain abated from all parts of the country at least for the next one week. The hinterland of Maharashtra, Madhya Pradesh, and Uttar Pradesh will witness dry and hot conditions but get saved from the extreme sizzle. Heat is generally at its peak around this time of the year and the hardcore areas of central parts invariably get scathed. The first week of May has escaped the claws of swelter and sizzle and likely to roll over to next week also. Even entire North India, barring few parts of West Rajasthan, has not got the grim feel of broil and 'loo' conditions, so infamous in the month of May.

Heatwave is declared when the day temperature reaches 40 degrees or more and is above normal by more than 4.5 degrees celsius. Alternately, mercury breaching 45 degrees for 2 or more consecutive days calls for heatwave announcement and is generally relieved with thunderstorm and dust storm activity. Against the seasonal prediction of extreme heat, the month of May has so far spared the misery and has been dominated by catalytic pre-monsoon over many parts of the country.

There is a mix of small and medium-scale weather systems responsible to shield the most vulnerable parts from the torrid conditions. While there has been a chain of western disturbance up north with induced circulation over the plains kicking winds and dust relieving heat and aridity over the region, the eastern parts have frequently been ravaged by Kalbaisakhis keeping the sector relatively mild and bearable. Northeast India has been having a long stint with the squally weather and intermittent rains, wiping out at least partially the rainfall deficiency of the first 2 months. South Peninsula is observing active pre-monsoon due to quasi-stationary trough, though a bit left-biased across Kerala and Karnataka. All subdivisions of Maharashtra (Vidarbha, Marathwada, and Madhya Maharashtra) along with Chhattisgarh are rain surplus on account of periodic weather activity.

All these weather features are likely to sustain over respective regions for the next one week. This may even prolong further. Under the combined influence of these weather systems and their overlapping activity, heatwave conditions will continue to abate most parts of the country.